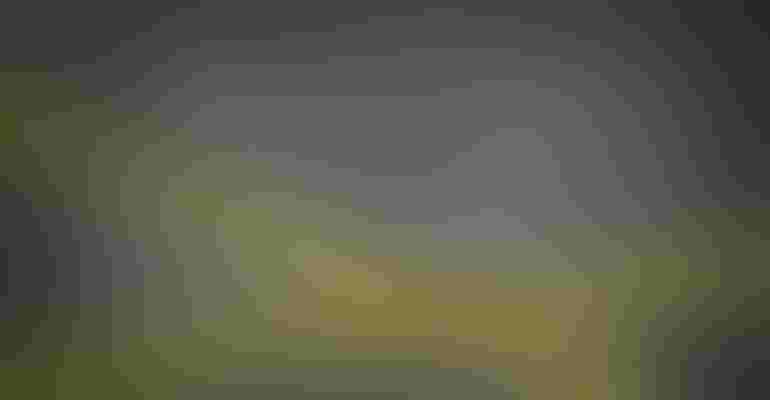 Farmers hoping for bullish surprises from USDA’s Jan. 12 reports got just what they wanted from the government’s biggest data dump of the year. But just how bullish should you be about prospects for corn and soybean rallies in 2023?

Nearby futures for both commodities are in or near the selling ranges forecast by supply and demand fundamentals. That doesn’t mean prices can’t go higher, and futures charts and seasonal trends still suggest some upside ahead. But today’s markets are profitable, no small feat in a world full of risk.

The biggest jolt from last week’s reports came with the agency’s annual estimate of U.S. production, with cuts to output of both corn and soybeans. How those smaller crops flowed through to forecasts of final ending stocks on Aug. 31, 2023 should temper at least some of the enthusiasm about rallies.

For corn, USDA put the crop at 13.73 billion bushels, down 200 million from the previous estimate in November. While the average national yield went up a bushel per acre to 173.3, harvested acreage fell with some ground still to be cut.

Soybean harvested acreage also declined, but yields fell too, from 50.2 bpa to 49.5 bpa, with total production down 70 million bushels to 4.276 billion. On a percentage basis, the 1.6% drop in soybeans was a little larger than the 1.4% cut in corn, and the reductions for both were above average, with the soybean decline the largest since 1987. So, it’s not surprising futures jumped after the report and added to gains Friday.

Still, the other numbers out Jan. 12 don’t make forecasts any clearer.

The biggest mystery comes with corn. The smaller crop meant Dec. 1 stocks were lower than expected, but the size of the miss exceeded the cut in production by 150 million bushels or more. Since usage for ethanol production and exports are already pretty well known, this means the category of demand dubbed Feed and Residual in the first quarter of the marketing year was almost as big as in 2021-2022, when the crop was 10% bigger.

Did the livestock industry suddenly start feeding more corn, even though the cost was more than $1 a bushel higher than the previous year? USDA lowered its estimates for 2022 production of meat, milk and eggs, so that explanation seems unlikely.

The “residual” part of the category is also used to adjust estimates from quarter to quarter due to statistical noise from sampling and other errors. But a larger than expected residual usage number could also mean the crop was even smaller than USDA forecast.

How can two estimates from the same agency suggest two different production scenarios? Grain Stocks and Production are derived in part from two different surveys, so the difference could just be error. Or it could be due to a crop that turns out even smaller.

Further support for that notion came from the World Agricultural Supply and Demand Estimates balance sheet for corn. USDA offset all but 15 million bushels of the cut in production by lowering its forecasts for usage. Most of the reduction came for exports, where sales and shipments are down 47% year to date. The rest of the reduction came with a 25-million bushel cut to feed usage, even though USDA also forecast increased production from the livestock industry in 2023.

USDA normally doesn’t adjust its annual production estimates for January, if at all, until the following September after the end of the marketing year. Analysts have clamored for earlier updates, which could come sooner this year.

But big changes to corn’s balance sheet may be hard to come by. Ethanol usage appears constrained by falling gasoline production, lowering the need for blending fuels. Exports also don’t look ready for recovery. A cut to Argentina’s crop down the road appears likely but the needle won’t move much without a big cut in Brazil’s second crop – the fate of which won’t be known for months.

Is there enough uncertainty to feed the bull? My pricing model puts the top 15% of the selling range at $6.85 to $7.80. Nearby corn started to approach the bottom of that range again last week after moving back above $7 at harvest, but overall futures are still in a downtrend, with December lows falling below November and October lows. July futures do show a slight seasonal trend to move higher by the end of January, but gains at best occur only 55% of the time into spring.

Residual usage in soybeans can often be volatile, but the Dec 1 stocks were in line with my estimate after accounting for the lower production estimate. So, changes to final production appear less likely. The biggest questions come for exports. USDA lowered its forecast for sales by 55 million bushels, absorbing most of the cut to production and reducing ending stocks on Aug. 31, 2023 by only 10 million bushels to 210 million.

Brazil is still on track for a record crop and is already starting to sell soybeans to crushers in Argentina, where severe drought continues. USDA lowered its estimate of Argentine output by 165 million bushels but is still significantly ahead of indications from Vegetation Health Index maps and local estimates, which could cut another 300 million bushels or more off the crop.

Whether U.S. exports pick up as a result could depend once again on demand from China as it reopens after severe COVID lockdowns. Sluggish Chinese imports finally improved in December and USDA sales and shipments are up 11.2% from last year. But with the new crop ready to move out of Brazil, the U.S. share of Chinese imports this fall lagged behind average and USDA lowered its estimate of the country’s total soybean imports Jan. 12.

Nearby futures are already into the middle of my projected selling range of $14.65 to $15.80, so more bullish news may be needed. On average wintertime can be dull for prices until more is known about demand and potential spring acreage. Nonetheless, the seasonal trend chart shows futures squarely following the trend from bullish years, which suggests more gains ahead.

Shocks from geopolitical events could disrupt both bears and bulls. Another lower inflation reading from the Consumer Price Index sent the Dollar Index to a test of summer lows on ideas other countries may be raising interest rates just as the Federal Reserve begins cutting latter in 2023. A weak greenback can be inflationary for dollar-denominated commodities, though the index is still relatively strong.

In addition to the war in Ukraine, uncertainty is rising in Brazil, where disputes over the recent presidential election triggered fears of coups and martial law. Blockades to roads and ports along with sabotage to infrastructure could send some buyers back to the U.S.

So should you hold ‘em or fold ‘em? As always, making sales, even small ones, into rallies is usually a good idea unless your operation can afford to roll the dice on keeping bins full.