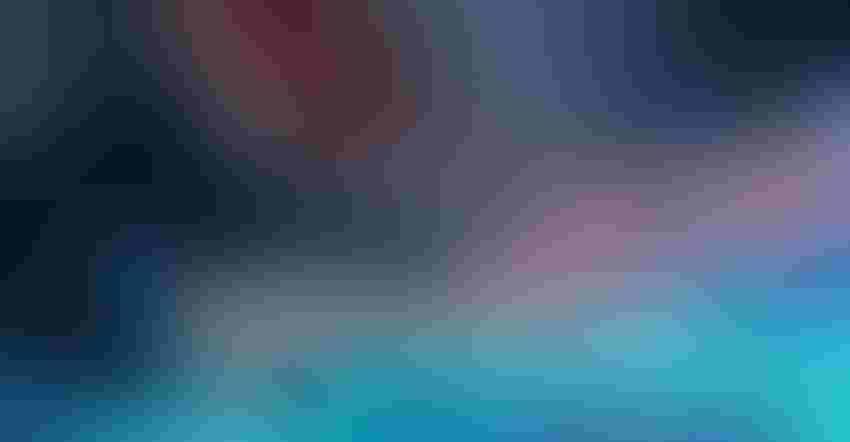 It’s “wait until next year” for baseball fans. But before turning off the stadium lights, metaphors from the national pastime help explain some of the turbulence in today’s markets. It’s not as exciting as leaping catches or come-from-behind victories, but has far more impact on your businesses bottom line.

Corn, wheat, and financial markets are the one-two-three lineup of this batting order. Here’s what I’m watching.

Who’s selling what to who

Marketing 101 includes a section on market share. It’s a whole lot easier to maintain profit margins when you’re the dominant player in an industry, or only have to worry about one other competitor. Fragmented markets, on the other hand, are the seller’s nightmare because increased competition inevitably drives prices lower.

The U.S. shares the world soybean stage with South America, but the market is still pretty much a two-team race. That’s helped to keep exports a dominant force in demand for U.S. growers.

By contrast, wheat is a highly fragmented market. There’s plenty of competition around the world most years, making business harder to come by.

The U.S. used to be the only big dog in the corn trade, but that share is eroding too. In the last two years alone the U.S. share fell from 38% in 2020-2021 to a forecast 30% for the 2022-2023 marketing year. The country more than doubling its forecast share is a familiar competitor: Brazil, whose slice of the pie is expected to rise from 12% to 26%. That portion could be even bigger depending on what happens in China, one of the biggest hopes – and disappointments – for U.S. exporters.

For years, USDA and other forecasters predicted corn would follow soybeans as a crop China aggressively imports. But just as that golden age finally seemed ready to boom, changing economic and political winds from Beijing may have dashed hopes again.

China last week published a list of Brazilian exporters approved to ship corn into the country, perhaps the final hurdle in Brazil gaining access to this huge market after nearly a decade of negotiations. Those talks gained more urgency after Russia invaded Ukraine, which has its own grain export deal and was one of China’s biggest providers.

Ukraine’s state-run grain company in 2012 guaranteed a $1.5 billion loan from China with sales of corn and other grains. Shipments remained modest until 2020, when the impacts of China’s attempt to whittle down its massive corn stocks – the result of huge government subsidies – proved too successful, forcing a turn to imports. China’s purchases nearly quadrupled during the 2020-2021 marketing year to 1.16 billion bushels, before pulling back somewhat. USDA forecasts the total to fall to around 700 million bushels for the 2022 crop.

U.S. sales to China picked up last year after Ukraine suffered a bad 2020 crop, then dropped again when production in the Black Sea country returned to normal – until Russia’s invasion. U.S. sales surged again, but could be ready for disappointment in the year ahead.

U.S. sales and shipments to China are down 70% year-on-year after the first two months of the marketing campaign, one reason total U.S. exports are flailing near 35-year lows. Until that changes traders may struggle to find news after USDA Nov. 9 publishes its last monthly production estimate before January.

One illustration of how fast markets react to news came in the wheat market last week. USDA’s first national condition reports for winter wheat rated just 28% of fields good or excellent, the lowest since the totals began in 1987. With 74% of the crop in an area experiencing drought, many growers literally seeded in dust.

The market lost interest in the story quickly, returning to focus on the on-again, off-again deal with Russia to allow grain shipments out of Ukraine. With that agreement apparently on-again, wheat prices sputtered.

But what about those suffering U.S. wheat fields? Crop Progress ratings may ultimate shed light on their fate, but these first reports are meaningless statistically. While there is a slight – and statistically insignificant – negative correlation since 2016, over the long run there’s virtually no connection between first ratings and final yields.

The ratings still bear watching. The ongoing La Nina cooling of the equatorial Pacific increases odds for below average yields, but even this correlation is fairly weak. The El Nino/Southern Oscillation cycle explains less than 15% of the variance in winter wheat yields. At current La Nina readings, that projects to just a bushel per acre loss for the 2023 crop.

Following the Federal Reserve is like watching a pitcher’s duel in baseball. There’s lots of tension and endless talk but little action. Barring a home-run barrage, it can take seemingly forever before anything really happens.

Most of the time the central bank likes to telegraph its pitches well in advance of its eight meetings every year on monetary policy. Even when the news is bad, this helps keep markets under control because much of the Fed’s decisions are already baked into prices.

Sometimes, though, investors swing at a fastball and get a changeup instead. Chairman Jerome Powell delivered just such a surprise Nov. 2 when the Fed raised its target for short-term interest rates by three-quarters of 1%.

The move was widely anticipated, and the market initially cheered with a big rally. The accompanying policy statement added language that seemed to confirm investors’ hopes the bank would begin to step back on the tightening throttle as previous actions slow down the economy and cool inflation without causing a recession.

Barely a half-hour later the mood turned bearish. At his quarterly press conference Powell vowed to keep raising rates until policy makers are sure inflation will return to its 2% long-term goal. With the bank’s target for its benchmark rate between 3.75% and 4%, betting in Federal Funds futures predicted the “terminal” rate or top of this cycle would hit between 5% and 5.5%, with increases well into the spring and perhaps summer of 2023.

The October employment report out Nov. 4 and other data showed no real let-up in hiring, with the jobless rate at 3.7%. That’s still near historic lows. It seemed to give the Fed plenty of leeway to keep raising rates to promote price stability before threatening the other part of its dual mandate, full employment.

If you put grain under CCC, the November rate announced before the Fed meeting is 5.2%. Two years ago it was barely above zero at .125%.

While rising rates impact the opportunity cost of every decision from expansion to storing grain, farmers with savings should consider changing strategies on fixed income investments like bonds and CDs. Many investors moved funds from long-term into short-term instruments earlier when inflation first began to raise fears of rising interest rates. Long-term rates typically fall much harder during credit tightening cycles.

Now, reversing that pattern by adding duration may be appropriate. The rate on 2-year Treasuries last week traded more than a half of 1% above the 10-year rate. That’s the highest since the 1980s financial crisis, when the difference peaked at 2.41%. So, even with the long-term trend for interest rates changing after 30 years of falling rates – and inflation at the highest level in 40 years – the spread between the two ends of the yield curve may not yet be at a turning point.

But this spread is a reliable predictor of recessions, which ultimately could bring lower rates, making today’s yields attractive.