Front Porch: This TV changes languages, whether you like it or not! 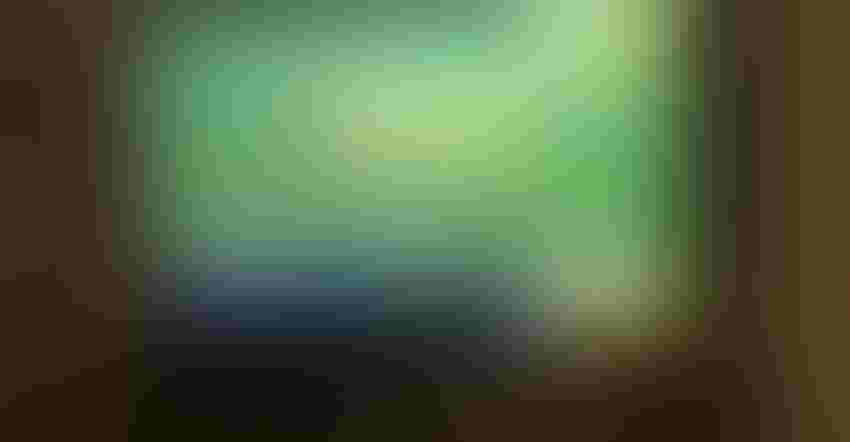 MAGIC OR MYSTERY? When the TV in the hotel room changes languages on its own accord, you look around to see who else might be with you! Tom J. Bechman

My wife, Carla, and I finished a hard day of driving to Oklahoma City after visiting The Alamo and Riverwalk in San Antonio. It was a Saturday in early September, and we were on our way to Grand Island, Neb., to attend Husker Harvest Days, a large outdoor farm show.

Carla was looking forward to relaxing in a hotel room and enjoying college football. That sounded like a welcome reprieve from driving to me, too.

We had reservations at a relatively new, midpriced hotel. It was far from the Bates Motel of “Psycho” fame, although it did make me wonder when the sign on the front door read, “Please shut the door completely due to high winds.” You don’t see that sign in Indiana.

We took our stuff into the room and Carla flipped on the TV. It was one of those newfangled, flat screen models that operate with a remote. Carla is a pro — me not so much. Still, she couldn’t get past the opening screen. It appeared this TV wasn’t programmed.

Carla was a tad irritated. I suggested we go eat supper, tell the hotel people on the way out so they could program it, and come back for the late Big Ten game.

The lady behind the hotel desk said they would handle it. So, when we returned a couple of hours later, we were all set to watch football. Carla got past the opening screen. Soon she found the game, and we thought we were all set … until she turned up the volume. The Caucasian announcers were speaking fluent Spanish.

“No problem, Tom,” Carla said. “I’ll go to the language menu and switch it to English.”

Sounds logical, right? Only it wouldn’t switch back. Even if she chose “English,” Spanish words, all Greek to me, came out of their mouths. More than a bit frustrated now, Carla kept fiddling with it. Finally, they were speaking English again. OK, now we can settle in, I thought.

That worked fine for about five minutes. Suddenly, by mystery or magic or both, Spanish words tumbled out of their mouths again. Watching a Caucasian female sidelines announcer explain an injury update in Spanish is just short of bizarre!

I made a quick trip to the front desk, and they assured me someone would be up. A few minutes later, a young man barely out of high school appeared.

“I’m here to fix your TV,” he announced.

After doing the same things Carla did, he muttered the obvious. “I don’t know what is happening,” he said. “But we have someone who will know. He comes on at 11 p.m.”

“The game will be over by 11 p.m., and we won’t be up,” Carla answered, now very frustrated. “Doesn’t someone here now know what to do?”

So, we drifted off to sleep, watching a football game without sound. Ah, the magic and mystery of modern technology haunts me, even on vacation!