Brazil, U.S., Argentina, and China will dance a four-way tango in the corn and soybean markets in early 2023 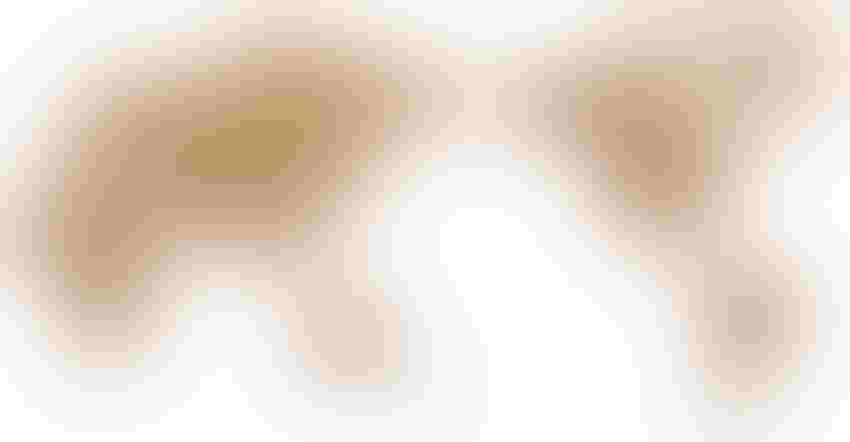 This time last year, I got caught by many of you with my hand in the cookie jar, so to speak. When I wrote the South American crop outlook at that time (in November 2021), Brazil’s corn and soybean crops had not yet been hammered by the La Niña-induced drought, so I thought I was safe in going along with bumper forecasts in place at that time.

But 2023 is not the year to repeat that mistake! 2022’s market volatility will likely roll over into 2023, but that does not mean that we can’t make a few educated guesses about Brazil’s corn and soybean crops. And I’ll be so bold as to say that we (or in this case, I) can make more logical predictions than last year!

It should come as no surprise that market watchers have been hesitant to go all in on a bumper soybean crop in Brazil this year. This time last year, soybean prices began a dizzying ascent on Brazil’s drought worries which ultimately priced some end users out of the market as supplies dwindled.

Brazil is the world’s largest soybean exporter and is expected to produce 39% of the world’s soybean crop in 2022/23. USDA revised last year’s Brazilian soybean crop 625 million bushels lower following the La Niña-induced drought, eliminating so many bushels in the global soy pipeline that worldwide soybean usage volumes fell for the first time since 2008.

For corn, USDA left Brazilian corn production and exports for the 2022/23 season unchanged from previous forecasts at 4.96 billion and 1.85 billion bushels, respectively, in December 2022. Both volumes are on pace to surpass last year’s record highs as Brazil is expected to originate 26% of the world’s corn exports through the remainder of the 2022/23 marketing year.

What are the chances of those numbers staying consistent over the coming months? It’s no secret that a third consecutive La Niña season is ahead, which means a larger chance of drought in Brazil as the growing season progresses.

Temperatures in Brazil typically heat up in December, but that was not the case this year. Even with a third consecutive La Niña forecasted this winter, temperatures remained moderate to cooler than usual, giving young crops more of a fighting chance than it had this time last year.

But will Argentina matter more?

However, Argentina has not had as good of luck when it comes to weather this year. The Pamapas Grains Belt was torched in last year’s drought and is on track for a second season of parched weather. The big question now is – how much will Argentina’s production as well as any potential losses matter to global markets?

Argentina is the world’s largest soymeal and soyoil exporter and the third largest corn exporter. USDA expects Argentina will ship 23% of the world’s exportable corn supplies in 2022/23. The country’s soybean exports for the current marketing year barely account for 5% of the world’s total, though current forecasts project its soymeal shipments will make up 35% of the global trade.

Argentina’s wheat crop has already been decimated by dry conditions. Early in the growing season, Argentina’s soybean crop showed signs of drought damage, though it is not yet certain to what degree. Weather forecasts were not favorable for lifting Argentina’s Pampas grains region out of drought as of late December 2022 so the chances for crop damage are more likely in Argentina than Brazil as of this writing.

Another Argentine currency devaluation in December triggered a flood of farmer soybean export sales – which competed directly with freshly harvested U.S. supplies on the global market – as the Argentine government sought out fresh sources of government revenues.

So while Argentina may not have the production power of U.S. and Brazilian producers this year, the speed at which its farmers can ship their products to sea will compete with U.S. supplies in the weeks leading up to Brazil’s harvest. However, global corn and soybean volumes remain tight enough that any Argentine corn and soybean production shortfalls will keep a floor under prices in the U.S.

China hunts for the best deal

Top global soybean buyer China’s buying prospects started the U.S. export season last fall in optimal buying position for U.S. growers. As of mid-December 2022, China had 54% more outstanding export sales on the books with U.S. soy exporters than a year prior. But at that point, physical volumes of U.S. soybeans shipped to China were 4% lower on the year.

Chinese soybean buyers had more incentive to wait and see how South America’s crops shake out as 2022 winded down. Pork demand outlooks for China’s Lunar New Year holiday are forecasted to be weaker than expected as many Chinese consumers continue to self-isolate amid surging COVID-19 rates, even though China largely eased many of its most stringent pandemic policies in December.

As a result, China’s live hog futures tumbled in December as consumer balked at higher prices. Soy crush margins, which had finally returned to profitable territory in October 2022 after trading at a loss for six months, turned negative once again.

China’s soybean import volumes dipped in November due to Mississippi River shipping issues – though U.S. soybean export revenues notched new highs amid the chaos. The constrained supply volumes from the U.S. paired with rising soybean prices in the fourth quarter of 2022 left many Chinese buyers waiting to pull the trigger on larger soybean volumes.

USDA held China’s corn (709M bu.) and soybean (3.6B bu.) import volumes unchanged in the December 2022 WASDE, which suggests there was not enough market evidence at that time to justify a revision. Plus, several large daily export announcements from USDA suggested that China is ensuring adequate supplies in the event of another Brazilian soybean shortfall.

With domestic demand signals indicating a holding pattern for now, it appears China may be hedging their bets as the world awaits the fate of Brazil’s soybean crops. China eased some of its customs requirements earlier in 2022 to increase the volume of Brazilian corn it will import down the road in the 2022/23 growing season, paving the way for more corn and soybean trade volumes to be exchanged between Brazil and China than the U.S. and China.

Profit opportunities ahead for U.S. farmers?

But there are no guarantees for market certainty in 2023. Growing concern about a global recession as central banks in the world’s top economies (most recently, the U.S. Federal Reserve, Bank of England, and European Central Bank) continued to raise interest rates ushered in additional concerns about commodity demand in the 2023 calendar year and could keep a lid on corn and soybean prices around the world if a potential downturn is severe enough.

With Argentina’s rapid soybean sales in December likely satiating China’s demand for affordable soybeans ahead of the Brazilian harvest, U.S. soybean growers may be forced to sell any remaining 2022 crops closer to home this year. That’s not a bad option – domestic soybean demand remains strong headed into the new year – but fewer international buyers could have significant price impacts on U.S. soybeans further down the road.

While Argentine crops may face an uphill battle this growing season, there is still plenty of time left to make or break Brazil’s soybean crop and even its safrinha (second) corn crop, which is planted immediately following soybean harvest in the coming months. Any South American weather hiccups – or blessings – in January will likely cause significant price volatility in the U.S. soybean futures markets.

Global supplies remain tight enough that any sort of Brazilian crop damage or additional heat stress in Argentina will likely trigger some price gains in the coming months and potentially larger export sales this spring. But farmers should also be prepared for the possibility of a large Brazilian soybean crop – and possibly also a bumper corn harvest – this year and seek out local profit opportunities.