As harvest comes to a close, production forecasts are being made for next year’s first corn crop.

The Agribusiness Economic Institute of Mato Grosso (IMEA) released a report stating that the harvest of the second corn crop (safrinha corn) in Mato Grosso ended within the normal time frame for the state.

“Although the field work has registered a later beginning between the last five harvests, the intense harvesting in the first half of July dictated the rhythm for closure within the period,” reports IMEA. 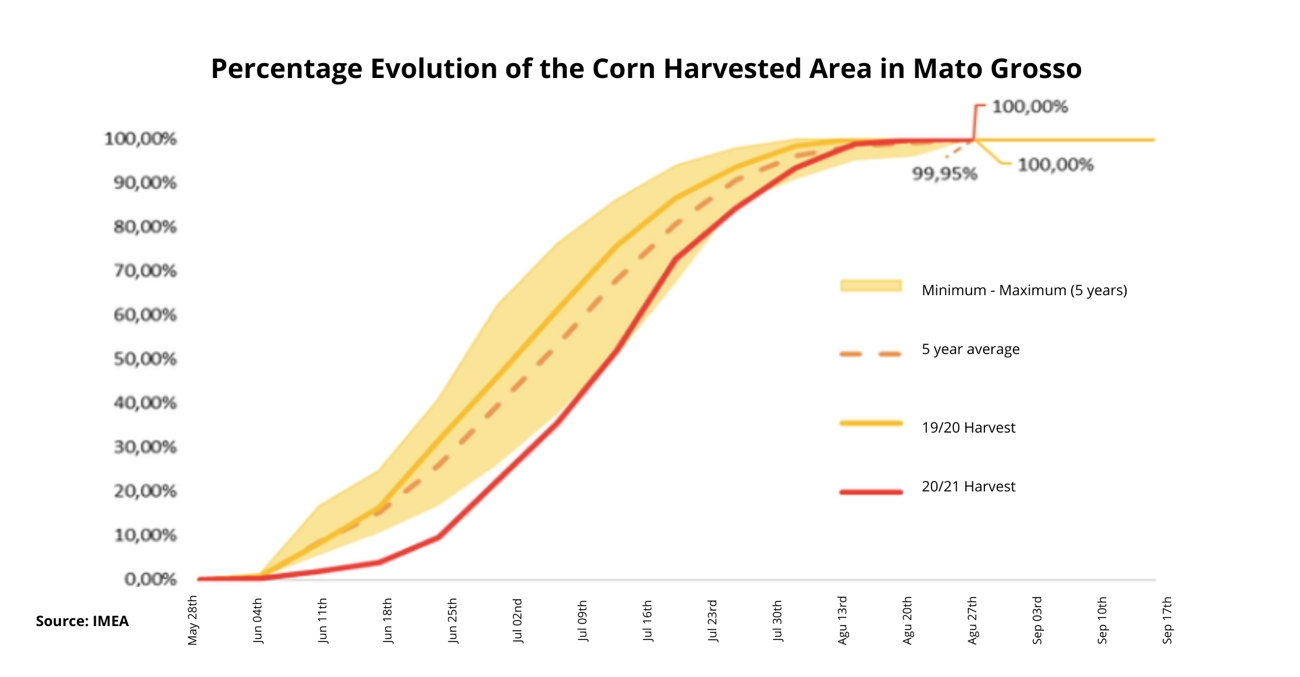 Taking a look at yield, the Institute declares that, “As expected, the yield of the corn crops was below what has been seen in the last four seasons due to the late seeding.”

Paraná state, the second highest producer of corn in Brazil, already started to plant the first corn crop of the 2021/2022 harvest. Expectations are that 161 million bushels of corn will be harvested, an increase of 32% compared to last year. (Paraná was the state hit the worst by poor weather during the second corn crop.)

The start of planting was possible due to favorable weather conditions. Only around 36 thousand acres are planted, representing just 3% of the estimated 1 million total acres. But the biggest hope is to go from 122 million bushels of corn to 161 million.

If that projection is confirmed, the yield will be 140 bushels per acre, close to the record of the 2019/2020 harvest when producers were able to collect 150 bpa. While next year’s first corn crop starts to grow, farmers in Paraná are wrapping up harvest for the second corn crop, which historically ends in September. So far, 82% of the 6.2 million acres have been harvested.