In the spring we hold on and wait for those planting windows to open. 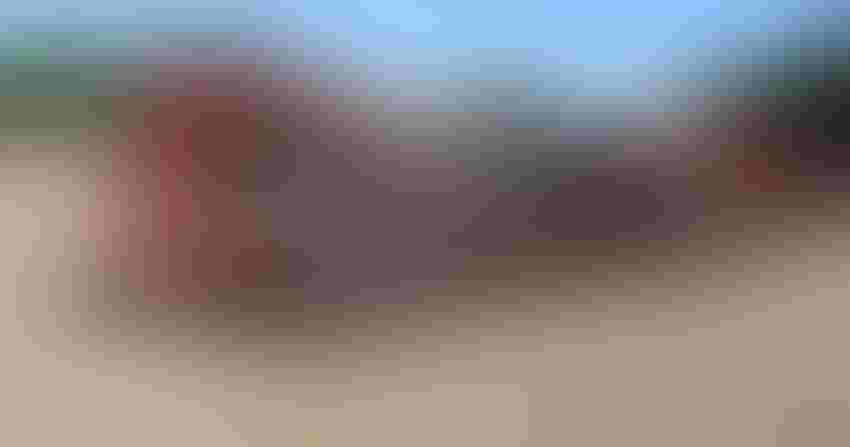 There is some cloud cover, and another storm is rolling in, so it must be planting season.

Over the last several years I've been amazed at what we can get into the field despite the moisture that rolls through the Midsouth in the springtime.

I spoke with my dad the other day. He is in Arizona and always asks for a detailed planting progress and precipitation report from the Delta.  I told him that we had about two inches of rain this week, but it was drying out and I had seen several planters hit the fields before the last rain hit.

He told me that they had a storm roll through his area as well. They received 1/10th of an inch of rain.

I always feel a bit bad for telling him how much rain we get, when they get so little. It's almost like talking about an incredible feast to a starving person.

The average annual rainfall at his place is about 10 inches. One year he said they only received 3 ½ inches of rain.

Once at his place they had a rainstorm that dropped a good amount of rain on the hot desert floor. The rain itself often cools the desert air a great deal – sometimes as much as 20 degrees. However, once the cool rain hits the hot desert floor it turns tepid.

The water from that storm flowed to the low spots of the desert and through Dad's place. I was shocked at how warm the water was. But the toads loved it and sang loud toad choruses as the water flowed.

A few days later the barren trees and bushes sprouted. Yellow flowers popped up from the ground and grasses turned the desert green. Two weeks later, the grasses were turning brown and the toads had dug themselves into the mud until the next big rain.

It's catch as catch can out there in the West. The crops are grown along the river valleys where the water flows - when it flows. Aquifers and manmade lakes provide the water needed to grow cotton, alfalfa, wheat and other crops, most of the time.

Here we are blessed to have abundant water most of the time. Having family in places where the water is less abundant makes me appreciate our moisture here in the Midsouth all the more, even on those days, weeks or seasons when it never seems to let up.

I get nervous when the river stays high too long into the season or when I see water standing in the bottom of a field longer than I think it should. I always watch closely as storms roll through in the springtime measuring the moisture and the time between storms.

I can't do anything about any of those things, except say a prayer that everyone gets their seed in the ground.