Here are eight points to consider, watch and review this winter, from Illinois politics to the farm bill and beyond. 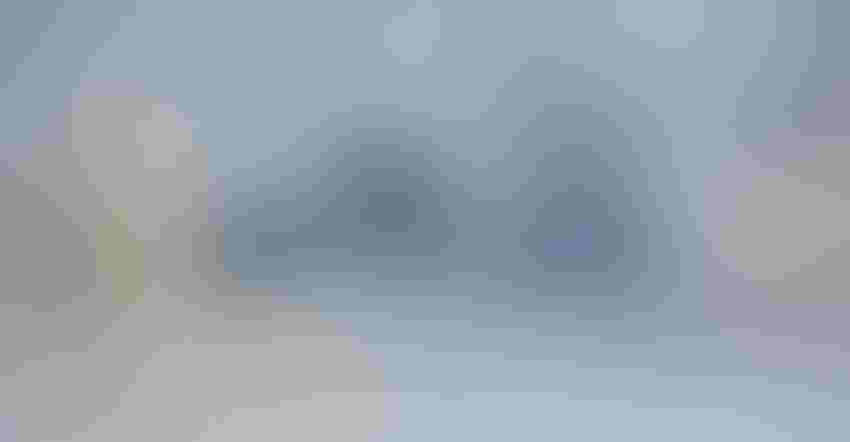 MY VIEW: Straight out my office window, this is my view. It’s my in-laws’ place, the hub of the farm, the center of most of what we do. All across the country, farms just like this one will be impacted most by what happens in 2023. Holly Spangler

When I started writing this column 23 years ago, I told my then-boss Mike Wilson, “I don’t think I have enough opinions to sustain this.” Turns out, I was wrong about that. Apparently, I’ve had at least 276 opinions. And this month, it looks like I’ve got at least eight, all rolled into one page.

It’s like that sometimes, or maybe it’s just my brain this winter. It feels like there’s a lot going on, and a lot of it matters a little. Very little of it might matter a lot.

So here’s my view this winter. Times eight. Let me know what you’re thinking about, too.

1. Where I Come From. Be sure to check out our new column from Betty Haynes, Prairie Farmer associate editor! Her byline should be a familiar one because even though she just started, Betty is a prolific writer who’s already produced three cover stories this fall (watch the website on Friday for her latest). Even better, she’s a farm writer who’s living the young farmer life, straight from her family’s farm in Petersburg, Ill. She’ll share their perspectives on farm life and farm business in her new column, Where I Come From. I know you’re going to like it.

2. Oh, how far we’ve come. A friend on Twitter shared these photos of ads from a January 2004 issue of the Furrow magazine. And he’s right: Data we couldn’t record back then sits in our pockets now. My teenage son set up parts of John Deere’s Operations Center for our farm. From his desk at school this fall, he could monitor yields, moisture, yield by varieties and more. He transferred data wirelessly from combine to computer, from tractor to tractor. Study those pictures. It’s wild how far we’ve come.

Ads from “The Furrow” in the January 2004 edition.

I have a degree in Agriculture Technology and it amazes me how far Ag Tech as come in less than 20 years. Data that wasn’t even able to be recorded then, is now instantly available in the palm of my hand. #agtech pic.twitter.com/sws1UbVME2

3. Moderate votes mattered. It looks like Illinois voters aren’t the far-left voting block we think they are. I’ve heard a number of downstate Republicans lament the results of every statewide race this fall. It’s easy to think Republicans can’t possibly win in Illinois anymore, given the sheer math out of the Chicago region. But you ought to take a look at the results of a post-election poll by Republican consultant Collin Corbett and his firm. Corbett wanted to know what drove votes. In his poll, 26% called themselves liberal, 35% conservative and 39% considered themselves moderate.

This affirms what I’ve thought (hoped?) for some time: There’s a pile of people in the middle who just want to vote for a candidate who comes close to what they believe and who isn’t yelling from one extreme side or the other. In 2022, those votes went to Democrats.

It’s worth considering how to recruit candidates that the 39% want to vote for.

4. Good sources matter. By the way, I learned that tidbit of information from my friend Patrick Pfingsten at The Illinoize. It’s a neat, easy-to-read email newsletter on Illinois politics. I like it a lot. You can subscribe here.

5. Where to learn good stuff. Our company — and specifically, sister publication Farm Futures — has put on the Farm Futures Summit for 16 years, and it’s become one of the premier ways to sharpen your business and management skills without ever leaving the Midwest. The next summit is Jan. 19-20 in Coralville, Iowa. Revered Virginia Tech professor Dave Kohl will speak, and I always, always learn something from him.

Personally, I’m most excited about a conversation Farm Progress’ Max Armstrong is going to have with Howard Buffett, who’s been to Ukraine four times in the past year. He’ll share what he’s seen and why his foundation is helping smaller Ukrainian farmers who are locked in a war zone. If you want a little extra, come on Jan. 18 for the Ag Finance Boot Camp.

6. Gone too soon. Sen. Scott Bennett, D-Champaign, passed away suddenly from brain cancer on Dec. 9. He was just 45 years old and loved his family deeply, including 10-year-old twins. I first met Scott at the Vermilion County Farm Bureau annual meeting when I spoke there several years ago. We became friends, and he’d often comment on social media when I shared stories.

Scott was the first to put real action into helping farmers deal with mental health issues and secured hundreds of thousands of dollars to form the Farm Family Resource Initiative, creating a hotline for farmers in crisis. He graciously credited stories here in Prairie Farmer with raising his awareness about the problem. Then he reached out to his own family and said, “I learned that everyone has a story. Everyone knows someone who has dealt with stressors, but nobody wants to talk about it.” He thought of FFRI as his greatest legislative accomplishment. He was right. In the end, he made a real difference. And I hate that he didn’t have more time.

7. Buckle up for farm bill debate. Farm bills are getting harder to pass, including the 2018 version when Republicans had a sizable majority in the House of Representatives, and it should’ve been easy. The current farm bill, which is reauthorized every five years, expires at the end of September 2023. Farm bill spending is projected at $1.3 trillion over 10 years, and 84% will support the food stamp program.

Those two programs were strategically tied together under the farm bill in the 1970s, to gather bipartisan support from both urban and rural lawmakers and actually get the thing passed. Otherwise, urban legislators have little incentive to vote for a massive spending bill that doesn’t impact their constituents.

However, Republicans often split over the farm bill because some conservative groups want to peel off food stamps and enact stricter regulations. This year, look for bigger calls to return food stamp spending to pre-pandemic levels from Republicans who say the program is too generous and encourages too many people not to work. Whether you believe that’s right or that’s wrong, you can bet the debate will make it harder to get a farm bill passed out of the Democratic-majority House and Democratic-majority Senate.

In Illinois, Mary Miller will be the only rural representative on the House Agriculture Committee, so if you’ve got comments, send ‘em her way.