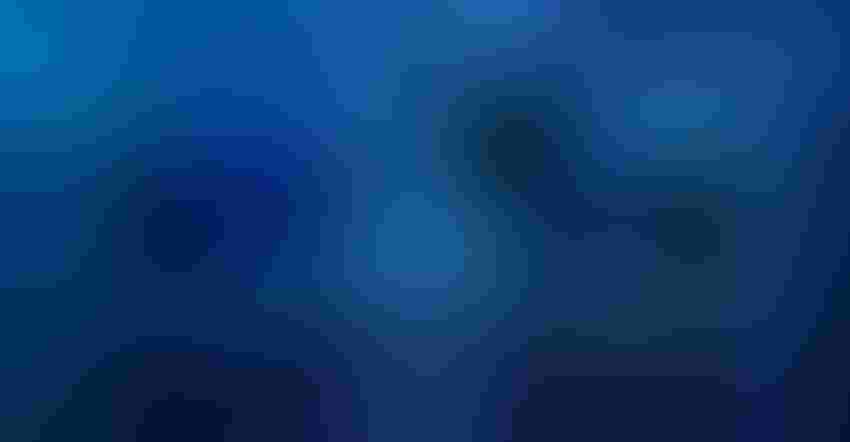 The halfway point of summer is normally a make or break moment for grain markets. With corn pollination in full swing and forecasts for soybean weather taking shape, traders firm up opinions ahead of USDA’s first survey of farmers about yield potential for their crops in August.

Oversold new crop futures are trying to prove they bottomed after Independence Day. November soybeans held $13 while December corn rallied back above $6 last week following a break to the lowest level since January, and they weren’t alone. Big speculators were massive sellers in everything Ag, taking bullish bets in crops and livestock to the lowest reading in nearly two years.

Headwinds from that pressure began to ease as USDA’s July World Agricultural Supply and Demand estimates provided little surprising data for either buyers or sellers. While the herd takes a break they have plenty to chew on from a market full of fodder but no complete meal to feed on.

How big are crops?

The government as expected made no change to its placeholder yield estimates, adjusting 2022 crop forecasts only by acreage reported at the end of June – numbers that could change after fields in slow-planted states are resurveyed. Minor adjustments to usage and ending stocks also did little to sway opinions.

Weekly Crop Progress reports remain optimistic, though the percentage of both crops rated good or excellent has eased a bit after a strong start. Corn yields above 181 bushels per acre are possible if ratings last through harvest. But adjusted for typical midsummer conditions, current conditions point to around the 177 bushels per acre USDA plugged in for normal following slow planting.

Impacts from weather are beginning to take shape too, providing a little clarity from a popular forecasting model. For corn, this combines mid-May planting speed, June crop stress, along with July rainfall and temperatures in eight key Midwest states.

Average temperatures in the first two weeks of July were more than a full degree above normal. Precipitation was mixed, and the average was around normal. June proved stressful for crops, but dry weather alone was not widespread or severe enough to affect yields. Based on current two-week forecasts, yields project about a half-bushel less than that 177 print.

However, when temperatures and rainfall are both factored into crop stress, yield potential drops around 5 bpa, losses that match current Vegetation Health Index readings.

Soybean yields are typically made in August, so forecasts are even more iffy. USDA’s 51.5 bpa statistical prediction has held for months – planting progress isn’t factored into that number. Crop ratings point to potential records close to 54 bpa if conditions hold through harvest. Adjusted for mid-July, the 62% good or excellent reported last week ranges from 51 to 53 bpa, a little better than the VHI produces, which spread from around 50 to 52 bpa.

Which numbers are correct? Vegetation Health results for spring and winter wheat were closer to the July production report than crop ratings, especially for fields on the northern Plains. So there’s a decent chance corn, and possible soybean yields, will not be as strong as USDA’s statistical forecasts.

One force that could ding yields is the ongoing La Nina cooling of the equatorial Pacific in place for most of the past two years. This phenomenon is associated with lower U.S. corn and soybean yields, though it’s not a perfect predictor.

La Nina could also be a factor if as forecast it lasts into the northern hemisphere winter. That’s summer in the southern hemisphere, where weather hurt yields in Argentina and southern Brazil this year. Lower South American production could give U.S. exports a lifeline, especially with political and economic uncertainty on the rise. Argentine is again descending into chaos amid fears inflation will hit 90%, while violence is feared in Brazil, where elections are due in October.

A factor there and around the world is the strong U.S. dollar, which surged to nearly 20-year highs last week following a red-hot Consumer Price Index that rose 9.1% year-on-year in June. While inflation isn’t normally good for a currency, the news raised fears the Federal Reserve could raise interest rates a full 1% at its next meeting on monetary policy July 26-27. Higher rates lure investors in search of risk-free returns on government debt, but also generated signals of a looming recession.

One key sign of that was the “inverted” yield curve on U.S. Treasuries. Yields on the two-year note moved consistently above those for the 10-year, in the past a good but not perfect predictor of economic downturns.

If the U.S. economy catches a cold the impact could be far worse on the rest of the world, impacting potential demand for crops as food prices remain near record highs. The powerful greenback also tends to depress prices of commodities denominated in dollars.

The biggest enigma comes from the world’s biggest importer of soybeans. Faced with COVID lockdowns, a slowing economy and government efforts to limit use, China’s total 2021 crop soybean imports are expected to drop nearly 10% but gain most of that back in the 2022-2023 marketing year.

After picking up in April and May, data out last week showed June Chinese soybean imports slowing again, down 23% from 2021. A distressed property sector and high debt, coupled with ongoing pandemic troubles could keep China’s GDP growth near recession levels, though the ruling Communist Party may keep food a priority ahead of its fifth Congress later this year, which could be a pivotal moment for a president seeking to become ruler for life.

Even if China returns to the fold, both exports and crush could be lower than USDA forecast last week. Exports also depend on what happens in South America this winter, so the jury is still very much out on that category. Crush margins are highly volatile for U.S. crushers, but a struggling U.S. livestock sector could depress demand for meal as well, while soybean oil is more than 35% off all-time highs set in May.

As a result, carryout could be more than the 230 million bushels forecast by the government last week.

Red ink from livestock feeding margins may impact corn, too. Though cattle feeding profitability could improve for 2022 crops if corn prices fall and steer prices improve, hogs could continue to struggle, rationing demand.

Usage for biofuels may be flat at best as high gasoline prices limit blending. Margins at ethanol plants faded last week because managers had to strengthen basis to attract feedstocks as flat prices languished. Exports could turn out slightly better than USDA forecasts, depending on what happens to grain stuck in Ukraine as negotiators with Russia try to work out a deal to free shipments from Black Sea ports.

Demand, however, usually is a post-harvest story. Until then, traders’ focus likely will remain on production forecasts.

Growers able to secure short-lived summer fill fertilizer deals bought ammonia for $1,000 to $1,100 a ton, two-thirds of the bill producers paid this spring as nitrogen continues to try to stabilize. Bullish factors remain high natural gas costs and limited supplies in Europe, offset by signs of faltering global demand and uncertainty about China’s fertilizer export plans. India’s latest tender was for only a third of the urea expected, causing prices to weaken a bit at the end of the week. Urea at the Gulf held above $500 after moving briefly above $900 this spring.

Lower nitrogen costs could cut $50 an acre off the cost of a 2023 corn acre in Illinois. Still, potash and phosphates remain elevated, keeping the total bill above $200.