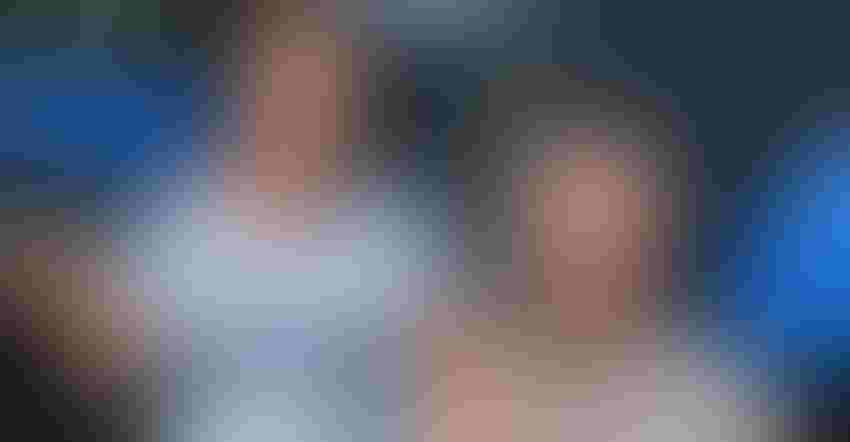 NATIONAL ISSUES: Randy Kron and his wife, Joyce, Evansville, Ind., say how national ag issues are resolved affects not only them but also their son, Ben, and his generation. Tom J. Bechman

Randy Kron can’t remember offhand when the last agriculture-related case was heard before the U.S. Supreme Court. Two cases were heard late in 2022, with rulings expected in 2023.

“This is precedent-setting for agriculture,” says Kron, Evansville, Ind., president of Indiana Farm Bureau. “Plus, Congress is expected to work on a new farm bill in ’23. All of these things have wide-ranging implications for agriculture.”

Here is a closer look at how Kron views the importance of these issues:

Proposition 12. This Supreme Court case stems from a state law passed in California prohibiting sale of pork, eggs and veal products not produced according to state standards, which include prohibiting breeding pens for sows. Kevin Schulz, a Farm Progress editor, noted in “Prop 12 may not matter if consumers want change” in the December issue of Indiana Prairie Farmer that if consumers won’t buy products unless these guidelines are met, producers may be forced to comply, no matter what the court rules.

However, Kron sees the outcome differently. “It boils down to state’s rights,” he says. “The issue is whether one state can decide rules for 49 others. If upheld, it sets a precedent, and we could have 50 sets of rules.”

Grain farmers may not be worried, Kron says. “What if next time California passes a law saying farms selling corn for corn flakes must use electric tractors by 2030?” he asks. “It’s a slippery slope. That’s why there is so much riding on this outcome.”

Waters of the U.S., or WOTUS. The second Supreme Court case deals directly with U.S. EPA powers and the definition of navigable waters.

“I see navigable waters per the Clean Water Act as something you can put a boat on,” Kron says. “The EPA broadens that definition to any water that ends up in navigable water. About 98% of all water that falls would qualify.

“Implications are huge. If EPA’s definition stands, the agency could regulate how and when you apply nitrogen, phosphorus and even herbicides.

“What we need is clarity and consistency. Until now, the definition has changed with every administration. Farmers need a clear definition. It needs to be one that won’t change the next time there is an administration change in Washington, D.C.”

2023 Farm Bill. This should be the year when a new Congress writes the next farm bill, Kron says. He hopes it will continue to stay above the political fray, as in the past.

“About 75% to 80% of the legislation actually involves food and nutrition,” he notes. “That should help motivate even representatives and senators from urban areas to want to see legislation developed and passed.

“One key for farmers is that federal crop insurance is protected. That is important not just for us, but for the next generation, so they know they can continue to farm. Bankers and others want farmers today to have crop insurance if they’re going to loan them money for production expenses.”

Kron also believes crop insurance should not be tied to cross-compliance, meaning mandatory compliance with conservation measures to ensure eligibility.

“We get a lot further when they use the carrot rather than the stick,” Kron says. “Farmers are innovated and will respond, given incentives.”