One way to meet Iowa's water quality goals is planting cover crops on nearly half of the state's crop acres. So, how do we get there? 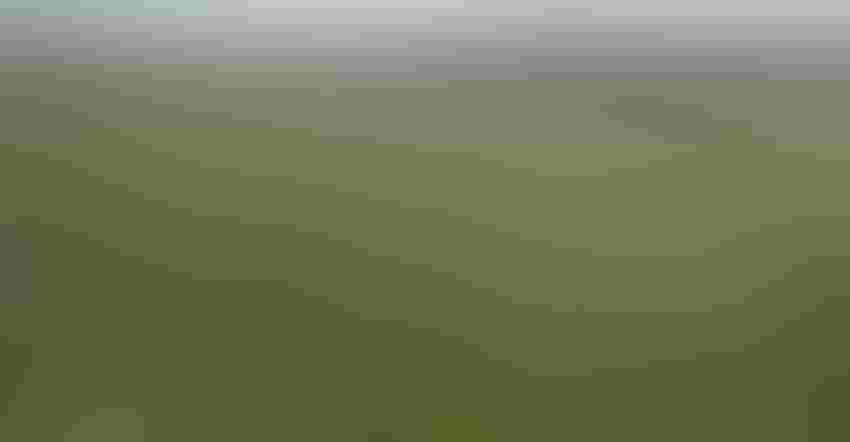 Iowa has, in a way, become ground zero for studying the water quality benefits of cover crops. Over the last nine years, Iowa has more than doubled its cover crop acres as growers have sought to reduce erosion and improve soil health, and help to reduce the nutrient load that ends up in the Mississippi River, and ultimately, the Gulf of Mexico.

The state has made undeniable progress when it comes to cover crops, but as anyone involved in the Iowa Nutrient Reduction Strategy (a collaborative, research-based plan developed by researchers at Iowa State University, the Iowa Department of Agriculture and Land Stewardship, and the Iowa Department of Natural Resources), will tell you, there's more work to be done.

One scenario for meeting the goals of the Iowa Nutrient Reduction Strategy calls for a total estimated 10.5 million acres of no-till and strip-till, 12.5 million acres of cover crops — roughly half of Iowa's total crop acres — 7,600 nutrient removal wetlands, and 120,000 bioreactors and saturated buffers. According to the INRS, cover crops like rye and oats can prevent, on average, 28% to 31% of nitrate and 29% of phosphorus from reaching water sources.

Meanwhile, according to Iowa Learning Farms numbers, Iowa farmers planted approximately 880,000 acres of cover crops in 2018. Whatever the case, there's still a long way to go to reach the goal of 12.5 million acres.

However, some counties have shown more growth in cover crop acres than others. Anyone who knows me well knows that I've got a certain fondness for Washington County, Iowa. Not only is it close to my alma mater, but it's also where I worked for a small-town weekly newspaper during my last year in college. Beyond that, the county also leads the state in total cover crop acres, according to USDA Census of Ag data. The census data show Washington County planted over 30,000 acres of cover crops in 2017 — about 11.6% of its total 310,000 cropland acres. And I've heard numbers as high as 15% for Washington County. Other counties strong in cover crop acres include Johnson (21,561 acres), Iowa (23,528 acres), Clayton (23,102 acres) and Benton (21,574 acres).

There's no doubt these counties are leading the charge when it comes to cover crops, but even if every Iowa county planted as many acres to cover crops as Washington County, the state wouldn't be close to its goal of 12.5 million acres. The question is, how do we reach this goal? Or, to use a more immediately attainable goal, how do we help other counties catch up to counties like Washington?

This was a question posed by cover cropper Mitchell Hora and Iowa Agriculture Secretary Mike Naig during a field day held in June. One possible answer may be more obvious than expected. It's clear something's working in Washington County and the surrounding counties. Most of the previously-mentioned counties, with the exception of Clayton, are adjacent to one another in eastern Iowa. There's something to be said for neighbors learning from neighbors.

Washington County has always been a hotbed for livestock feeding operations, and growers there are used to applying manure on cropland. It's possible that growers there first started cover cropping to protect their nutrient investment and prevent it from leaving the field. And, with a number of vocal proponents of cover cropping, it's easy to see how cover crops blew up in the area. It goes without saying that farmers are often independent people. But they are more apt to adopt a new practice if they see it used successfully by a fellow farmer — especially if that farmer happens to be nearby.

Of course, that's not all it takes to expand cover crop acres. Iowa is also working to grow the number of cover crop businesses (including seed producers, and custom planters or seeders) through the Cover Crop Business Accelerator Program, which compensates growers with a per-acre financial incentive and additional purchases related to cover crop production funded by the Walton Family Foundation.

As many have noted, it takes starting small, and setting yourself up for success the first time you try cover cropping. One thing's for certain: There may be a long way to go, and it may take a while before cover crops are used on half of all crop acres, but the cover crop movement is here to stay. And the more producers who demonstrate success with cover crops, the faster those acres will increase.