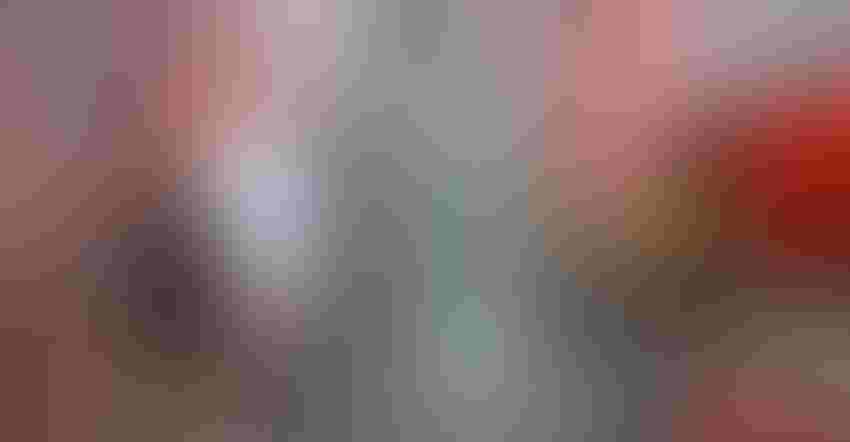 GREAT PAIR: You’re looking at two one-of-a-kinds — Gary Emsweller and the Massey-Harris I-330 tractor he displayed at the 2022 Farm Progress Show in the Massey Ferguson exhibit.Photos by Tom J. Bechman

One premier exhibit at the 2022 Farm Progress Show in Boone, Iowa, hid in plain sight. To celebrate 175 years, tracing back to its Massey roots, Massey Ferguson invited select collectors of antique tractors to display them inside a GSI grain bin in the Agco exhibit. Both Massey Ferguson and GSI are part of the Agco family.

“It was a real honor to display my tractor and spend the show talking with people interested in old iron,” says Gary Emsweller, Hendricks County, Ind. Emsweller displayed one tractor inside the bin and one outside.

His featured tractor inside was a Massey-Harris I-330. “Massey-Harris made them for the Navy to use around the shipyards,” Emsweller explains. “Records indicate there were only six made. As far as I know, this is the only one still in operating condition in the world.”

Emsweller should know. Retired from Purdue Extension, he is internationally recognized as a premier collector of both actual and toy Massey-Harris and Massey Ferguson tractors and equipment. If his name or face seems familiar, it might be because he manages Pioneer Village at the Indiana State Fairgrounds.

The I-330 was built in 1954 and was rated at over 60 hp. Emsweller’s quest to acquire and preserve the tractor is epic. He missed out on buying it at an auction in the Northeast and tracked it to a large collection in the West. When that collection was later sold, he obtained the tractor, although it took an odd series of events to make it happen.

“I was thrilled to take it to Iowa for FPS so other people could see a part of our history,” Emsweller says.

Massey Ferguson Super 90. The 1963 Super 90 that Batliner took to Iowa was one of the first tractors his family used to begin farming. According to tractordata.com, it was listed as a 77-hp tractor. This model was produced from 1961 through 1965, and was one of the early models to carry the Massey Ferguson brand name instead of Massey-Harris or Ferguson. 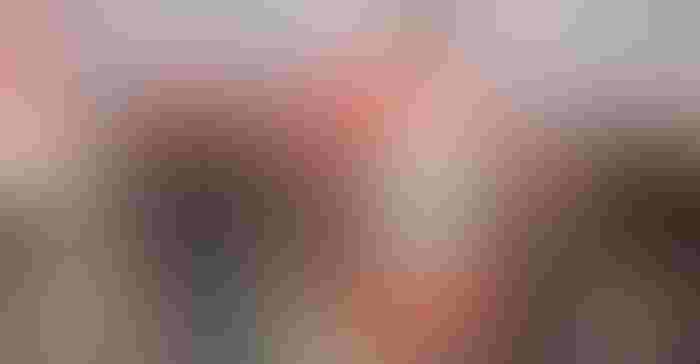 Massey Ferguson 135. Massey Ferguson hit paydirt with this utility tractor. It began production in 1964 and continued through 1975. The engine rated at 45 hp, with 33 hp at the drawbar, according to tractordata.com. Gas versions were equipped with either a Continental four-cylinder or Perkins three-cylinger engine, and diesels were powered by a three-cylinder Perkins engine.

Ferguson 40. Batliner’s third entry was the cream-colored Ferguson 40 utility tractor. Produced only in 1956 and 1957, it was the twin sister to the Massey-Harris 50. At that point, according to tractordata.com, Ferguson and Massey-Harris maintained separate lines inside a merged company. The engine rated at 36 hp, with 31 hp at the drawbar.