Corn and soybean prices and basis try to strengthen seasonally. 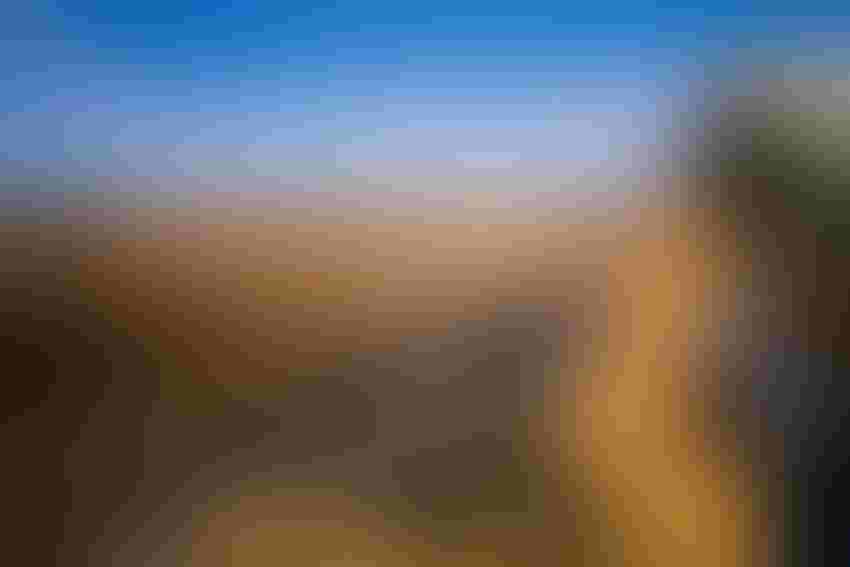 Volatility from Wall Street and many commodities continues to rock grain markets. But if history is a guide, corn and soybean harvest lows could be at hand as combines keep rolling across the U.S.

With September stocks and jobs data in the rear view mirror, this week’s inflation and World Agricultural Supply and Demand estimates could help futures finally turn the corner after two months of consolidation.

While those numbers matter for sure, the advancing pace of harvest normally is the best indicator of whether grain prices could be ready for a bounce, even if brief.

On average, December corn tends to bottom near the first of October. November soybeans can take a little longer, moving higher around the second week of the month. Each market’s pattern coincides with USDA data – the end-of-September inventory for corn, and WASDE for soybeans. Sept. 1 stocks were bullish for corn, helping December so far hold the line against selling. Soybeans suffered after USDA raised the size of the 2021 crop, increasing supplies at the beginning of the new marketing year. November futures broke to the lowest level since late July last week.

The USDA data dumps are important for long-term prospects for both markets into the coming year. But in the here-and-now, surviving hedge pressure from harvest could be the key test.

Some years heavy sales by farmers and elevators dealing with big crops can keep futures foundering. But as I wrote recently, 2022 isn’t one of those years. Smaller crops shift storage debate because there should be plenty of bin space available on farms and in town to receive this year’s production and lock it away from the market.

The percentage harvested and the advance from week to week in USDA’s Crop Progress reports show a statistically significant correlation to both futures and basis. This connection is especially apparent for soybeans, though it also holds true to a lesser extent for corn.

Soybeans are usually ready for harvest before corn, and farmers move fast to avoid losses from shattering pods. USDA last week reported 22% of both crops harvested, but the soybean pace increased 14%, compared to 8% for corn. On average over the past 20 years, the biggest weeks of soybean harvest came during the first and second weeks of October. That’s also when both futures and basis tended to be weakest from selling as harvest reaches the halfway mark.

Some farmers don’t store all their production, moving it off the combine to elevators that sell futures to protect inventory they buy from falling prices. End users swoop in to take advantage of these discounts, helping markets stabilize and turn higher.

These connections are somewhat weaker in corn, though they still reach the level of statistical significance. The correlation doesn’t necessarily mean causation, but the association is still large enough to be more than luck or chance.

Corn harvest drags on longer than soybeans – there are three or four times as many bushels to bring in. Most years the biggest weeks for corn progress don’t come until the last days of October. But half the crop is normally in the bin by the middle of the month, and the slower pace allows futures and basis to avoid being completely swamped most years. Mostly dry conditions over the next two weeks should keep harvest progress on pace.

This year there are twists: High inflation, fears of recession, and the war in Ukraine, not to mention elections in Brazil and the U.S., could upset the rhythm of markets of all stripes.

Before that, anxious traders must withstand the Oct. 12 WASDE – updated Consumer Price readings come out the following morning. On average, cash prices tend to be higher a week after the WASDE numbers drop, with corn gaining more years than soybeans – 64% to 58%. Big moves are possible. Soybeans have both gained and lost a dollar a bushel and the ranges in corn are also large.

This week’s supply and demand forecast feature updated estimates for production and ending stocks. Declining condition reports for corn suggest yields could be cut a bushel or two from the 172.5 per acre printed last month. Coupled with less 2021 crop left over, projected ending stocks could tighten, though demand forecasts likely will fall too.

Soybean ratings stabilized over the past month, which could mean an uptick in yields from the 50.5 bpa shocker released in September. Increased old crop carryout and new crop production may not be absorbed by expected demand.

Low water levels on the river system hampering barges and slowing exports as the shipping season gets underway could cut both ways. November soybean basis is much stronger than average, though it weakened by more than $1 a bushel after the start of the 2022 crop marketing year Sept. 1. Still, there are fears export business could be lost once bushels from South America fill the export pipeline.

The mess on the Mississippi, which the shipping industry calls “catastrophic,” could also impact another key market for growers: Fertilizer. Barges carrying product up river past locks that close for the winter north of St. Louis must load out soon, and some routes are already closed. That might affect late fall applications and cause even more trouble next spring.

High energy prices remain a headache for the industry, and that throbbing grew worse last week after OPEC and its allies announced crude oil production cuts. Nitrogen production remains limited in Europe due to severe shortages of natural gas, a situation not helped by allegations of sabotage against the Nord Stream pipeline under the Baltic Sea. Shipments of fertilizer out of the Black Sea remain questionable after battlefield advances by Ukraine and more nuclear saber rattling from Russia.

Nitrogen exports from the U.S. in the wake of the war surged while imports plummeted, tightening U.S. stocks even more. These jitters halted the slide in fertilizer prices here, though international values were mixed. U.S. products from the Gulf that can’t be moved to the retail supply chain soon could also wind up shipped elsewhere, further complicating the outlook next year.