Will corn and soybeans be collateral damage from another interest rate hike? 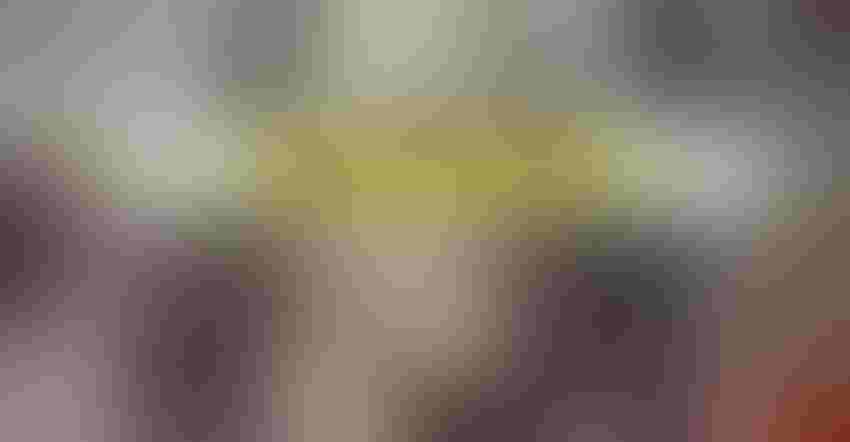 The last time officials at the Federal Reserve met to revise monetary policy on June 15, they raised their target fort short-term interest rates by the most since 1994. The three-quarters of 1% increase in the cost of Federal Funds rocked commodity and financial markets, inflicting severe damage to grain prices.

Now, with the Fed set to wrap up its next two-day meeting July 27, get ready for another big increase of at least 75 basis points, with a few traders betting on a full 1% jump. While weather and news out of Ukraine still dominate the grain headlines, fears of the next Fed move also were a factor driving December corn and November futures to new six-month lows last week.

But while higher interest rates seem assured, another downturn on the board isn’t a slam-dunk guarantee, at least based on the history of market reactions to the central bank over the past two turbulent years.

To measure the relationship between Fed meetings and price changes, I looked at how 15 closely watched assets ranging from stocks and soybeans to corn and crude oil reacted in the week following the release of new statements on monetary policy.

Other grain contracts encountered even more headwinds. Chicago soft red winter wheat crumbled $1.16 (7.2%), while hard red winter wheat was near the bottom of the pack, losing $1.38 or 9%. Only ill-fated Bitcoin did worse than Plains wheat, giving back 9.1% of its already eroded value.

As painful as those declines were for growers, such big changes are the exception, not the rule for grains. After the dozen Fed meetings in 2021 and 2022, soybeans on average gained a half of 1%, while corn was up .7%.

Indeed, predicting how any market reacts to Fed announcements is something of a dice roll. While Wall Street types focus on the value of stock prices, the dollar, gold and benchmark 10-year Treasury Notes, those assets actually haven’t varied as much over the past two years in the wake of central bank statements. By far the biggest changes came in energy, which went from pandemic lows to post huge increases that helped trigger the inflation surge forcing central banks around the world to raise interest rates.

Moreover, corn and soybeans don’t always respond the same way to the news out of Washington. While most of the time futures do move in the same direction, the post-Fed correlation between the two isn’t enough to meet the test of statistical significance.  That is, the corn-soybean two-step could be a matter of chance, rather than a reliable connection.

In terms of prediction, different assets show a stronger correlation with each. Soybeans move in the same direction as the S&P 500 and dollar indexes and, for example, but corn’s relationship to Wall Street is not statistically significant. The same holds true for soybeans’ best indicator after Fed meetings, natural gas, one of the most volatile commodities over the past two years.

Bitcoin showed a valid correlation with corn, but the grain’s strongest statistical tie came with live hog futures in the post-Fed landscape.

Fed meetings aside, both corn and soybeans showed stronger correlations this year with the same assets: energies and gold.

Energy, of course, along with food is blamed for a good chunk of the inflation readings that hit four-decade highs last month. Gold is historically seen as a hedge against inflation, too, but that hasn’t been the case this year. The precious metal again plunged below $1,700 an ounce last week before recovering a bit.

While inflation is high, rising interest rates lured investors to the dollar. That’s negative for commodities like gold that are denominated in dollars, though the strong greenback hasn’t provided much headwind for the energy market.

To be sure, on a day-to-day basis since the start of 2021, soybeans’ strongest correlation came with corn. But corn’s correlations with wheat were just as strong, though soybeans didn’t follow SRW or HRW as closely.

The fact corn and soybeans diverged a bit after Fed meetings could be an indication of the disruption markets in general face from central bank moves.

Of course, there’s another explanation to remember, straight from Statistics 101: Correlation does not mean causation.

And even the longer-term statistically significant correlations only account for only 38% of the overall variance in prices between the two crops. On any given day, from a Fed meeting to a USDA report, the two futures contracts can and often do head in different directions.