Dairy Notes: July milk production was up 1.8% in New York and 4% in Pennsylvania, but down 5.3% in Vermont. 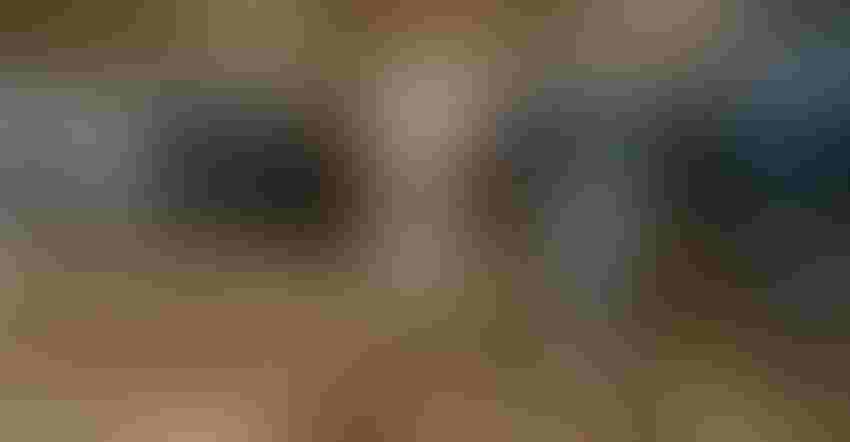 The dairy industry has been whipsawed in recent months by skyrocketing cheese prices followed by a sharp reversal downward.

Weekly block cheese averages were just over $1 a pound in mid-April, then began a steady ascent in early May, peaking at just over $2.83 a pound in July before dropping back to about $1.67 a pound where it sits now. That’s a lot of price movement in a little over four months. Dairy historians will likely look back in awe at the volatility that has transpired this year.

Yes, COVID-19 has brought its share of pain, but also a sense of gratification as we work together and rise to overcome the challenges put before us. There are many good things happening in the dairy industry right now.

It’s hard to argue that the USDA’s Farmers to Families Food Box program has been anything but a success. U.S. Secretary of Agriculture Sonny Perdue announced the $3 billion program April 17 as part of the Families First Coronavirus Response Act to purchase and distribute agricultural products to citizens in need. USDA has partnered with farmers, growers, distributors and nonprofits to purchase and move basic food products to the needy across the country.

Most of these boxes have a combination of meat, produce and various dairy products. Each food box must contain at least 5 to 6 pounds of dairy, such as cream cheese, sour cream, cottage cheese, butter or yogurt, along with a gallon of fluid milk. The good news is that this program will be extended for a third round.

Food purchases made in the first round have been reported at $947 million. Food purchases in the second round so far are estimated to be another $1.47 billion. Purchases from the third round are estimated at between $600-$700 million, until the $3 billion allotment for the program is exhausted.

There is no doubt that this program has helped moved a lot of dairy across the U.S. Along with helping to stabilize the market, it has brought nutritious food to millions of people. Here in the Northeast, several state-run agencies, cooperatives, processors, manufacturers, foodbanks and nonprofits collaborated to get product to those in need.

American Dairy Association Northeast helped to move over 600,000 gallons of fluid milk in the region.

With restaurants and schools across the country slowly reopening and many people still in self-quarantine, dairy sales at grocery stores have remained brisk, according to the International Dairy Deli Bakery Association. Grocery store dairy sales have been running “double-digit higher” than last year’s figures over the past four months, and this trend is expected to continue.

Most farmers are keenly aware of the quickly rising cheese prices on Federal Milk Marketing Orders and its effect on the overall milk check. These abnormal price inversions are the product of federal order rules that announce Class I prices a month in advance of Class III and Class IV.

Normally there is little problem with the system and the pricing mechanisms work according to plan. But in the past few months there has been much written about negative PPDs, depooling of milk and the effects all these have had on producer paychecks. The good news is that most dairy economists believe the worst is over and these pricing anomalies will soon self-correct and return to normal.

USDA analysts have been making some upward revisions to their previous estimates of milk production for March through May. Dairy producers have shown to be resilient in the wake of this pandemic and have responded more positively to the news of higher prices than USDA had anticipated.

As a result of recent events and price movements, USDA economists have lowered their 2020 product price forecasts by 6 cents for cheddar cheese and butter, and by 0.015 cents for nonfat dry milk. Dry whey was left unchanged.

According to the U.S. Dairy Export Council, June dairy exports grew 28% by volume and 22% by value over last year. Cheese exports hit an all-time high, climbing 29% over last year. China doubled its purchases; Mexico was up 62%; and South Korea was up 56%.

Nonfat dry milk exports have been steadily climbing and were up 77% from June of last year. Most of that nonfat dry milk is going to Southeast Asia and Mexico. Cheese exports were boosted by low prices here in the U.S. in the second quarter.

Latta is a political and economic consultant for Northeast Dairy Foods Association Inc.