Imagine the technology our kids and grandkids will see. 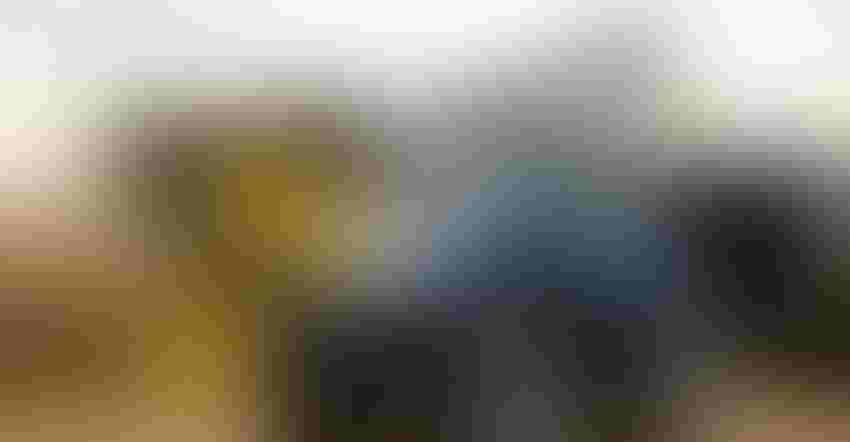 DRIVERLESS TRACTOR: A couple of weeks ago, I attended a field day on a farm between Amherst and Stevens Point, Wis., where they demonstrated Raven’s OmniDrive Autonomous Harvest Application with New Holland equipment. Courtesy of New Holland

The first tractor I learned to drive was a John Deere 730 with a hand clutch. It was 1967 and I was 8 years old. My dad gave me about five minutes of instructions before he told me to give it a try. To my surprise, and probably his, I did it!

As I think back, that was the only tractor I ever drove that had a hand clutch or any clutch. Every tractor after that had an automatic transmission. I think I was 9 years old when I learned to drive our new Ford 9000 with an automatic transmission. I distinctly remember it because it had a lever that you pushed up toward the rabbit if you wanted a higher gear and pushed down toward the turtle if you wanted a lower or slower gear. I thought this tractor was genius because it sure was a lot less complicated to drive than the 730.

A couple of weeks ago, I attended a field day on a farm between Amherst and Stevens Point, Wis., where they demonstrated Raven’s OmniDrive Autonomous Harvest Application with New Holland equipment. I watched as a New Holland combine with an eight-row corn head combined corn and unloaded on the go into a grain cart pulled by a driverless New Holland tractor outfitted with Raven’s OmniDrive autonomous software. It was quite the sight to see. I felt as awestruck by this new driverless technology as I did when I was 9 years old and I drove my first tractor with an automatic transmission.

It reminded me that I have seen a lot of change in farm technology in my lifetime. My parents and my Aunt Marion and Uncle Tom used to talk about all the changes in farming they had witnessed. They were sure they had seen a record amount of change, and that my generation and those after mine would never see as much change in agriculture as they had. They are all deceased now. Even though they could remember cows being milked by hand and farming with horses and tractors with steel wheels, none of them ever saw driverless tractors!

Mosinee, Wis., crop farmer Dan Cihlar, one of the 50 farmers who attended the field day, told me after riding in the combine and watching the driverless tractor up close that he can see himself using autonomous technology on his 1,400-acre farm within the next 10 years.

Cihlar, who is 40, said he jokes with his kids that, “Someday, I will be telling my grandkids when I farmed, I actually had to sit in the tractor cab.”

It makes me wonder what’s next on the horizon when it comes to the latest in farm technology. What kinds of new technology will our kids and grandkids see?