Breaking down all the price implications of last week’s Acreage and Quarterly Grain Stocks reports. 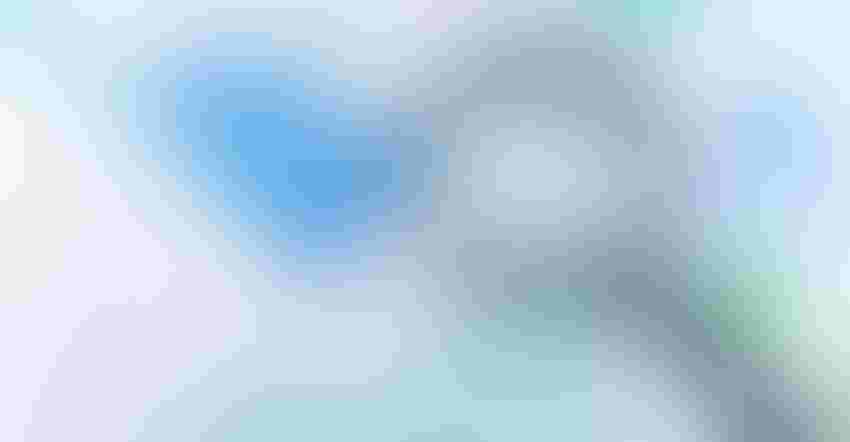 There is always a lot of data to unpack and analyze in USDA’s Quarterly Grain Stocks and Acreage reports. Last Thursday’s (June 30) reports were no exception, especially as outside investors increasingly play a significant role in daily price action in the ag markets.

I’ve assembled several key insights about the latest USDA reports that may have been lost over the past week amid holiday festivities and white noise from the outside markets due to broad global recession concerns. I also highlight some potential marketing strategies producers may want to consider as summer heats up.

I’ve laid them all out below and included some helpful charts to visualize the data better. Enjoy!

This spring was rife with planting delays thanks to cold and wet weather. And while those setbacks had a surprisingly more significant impact on corn than soybeans this year, USDA’s June 30 Acreage Report did not tell the whole story.

USDA’s National Agricultural Statistics Service found 4.0 million acres of corn and 15.8 million acres of soybeans still needed to be planted as of the June 30 report release. The combined unplanted acreage for both crops was an eye-popping 65% higher than the same time a year ago due to excessive rainfall this spring.

Most of those acres are in Minnesota and the Dakotas. NASS plans to resurvey barley, canola, corn, dry edible beans, oats, sorghum, soybeans, sunflowers, durum, and other spring wheat in those three states during July and will release updated acreage estimates in the August 2022 Crop Production report, which is released in tandem with the August 12 World Agricultural Supply and Demand Estimates reports.

NASS’s chief of the crops branch, Lance Honig, reassured growers on Twitter that it is taking all steps possible to ensure accurate data forecasting given this spring’s turbulent growing conditions in the Northern Plains. But the most accurate data is not likely to be reported until later this year.

We typically look at “like years” when analyzing the results of the surveys. We also consider weather since the survey to help understand likelihood of intentions getting planted. Lots of factors. We will be recontacting producers in MN, ND, & SD to in July to follow up. LH

The wet weather delays this spring is also bringing into question the volume of prevent plant acres that will be filed this year. USDA’s Farm Service Agency will release that data shortly after the August 2022 WADSE reports on August 12.

USDA’s March 31 Prospective Plantings report had projected higher soybean acreage relative to corn for only the third time in U.S. history. But last Thursday’s report puts corn back at the top of the food chain. 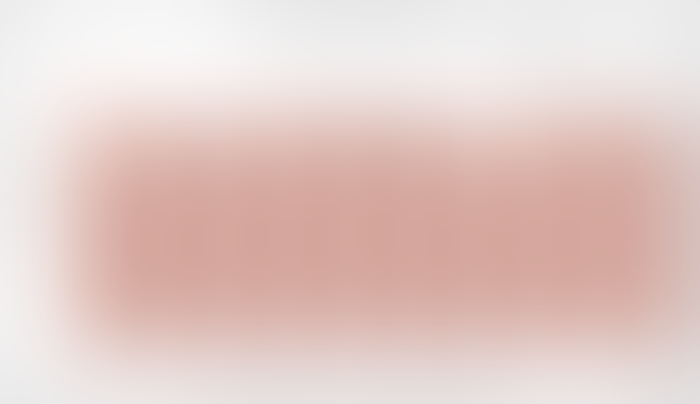 It was a bit of a surprise to see corn markets greet the extra acreage with such heavy losses following the report’s release. I think the losses may be more of a function of demand and current weather forecasts because the extra acreage is only slated to provide an additional 43 million extra bushels of corn to 2022/23 production estimates.

But keep in mind – 2022 corn acreage is still 4% lower than last year. With as tight as global corn supplies currently are forecasted, I’m not sure that that extra production value is enough to cause a sustained bearish price reaction. Those 43 million bushels could very quickly be exported or processed domestically.

Don’t throw the baby out with the bathwater just yet. Supplies are still tighter than the market would typically prefer, so there is still upward price potential lingering in these markets. Last week’s round of price action was short-lived and that the markets quickly returned to trading on weather forecasts and hedge fund intentions after the holiday weekend.

The Farm Futures team led winter and spring forecasts for higher soybean acreage estimates, which ultimately aligned closely with USDA’s March 31 Prospective Plantings forecasts. But it is important to remember that the decisions made during that time were made back in December 2021 and didn’t account for more readily available fertilizer supplies across the Midwest this spring.

I think if weather delays would not have been an issue this spring, there would have been an even greater chance for soybean acres to cede even more ground to corn acreage. The Black Sea conflict created generous attraction for corn acreage at the last second and growers who had enough flexibility in their rotations to capitalize on that dynamic will likely be richly rewarded for switching to corn in 2022/23.

Still plan on a record soybean crop this year, even if acreages are lower. Given trendline yield estimates, which still stand at 51.5 bushels per acre, USDA’s acreage estimates suggest a 4.51-billion-bushel soybean crop, which would best last year’s record of 4.44 billion bushels as the largest on record.

Granted, that total is 133 million bushels lower than USDA’s latest production estimates last updated in May 2022. Either one of two things will happen with the U.S. soybean balance sheet in next week’s WASDE report as a result.

Option one: If USDA does not make any demand adjustments – just cuts those 133 million bushels of soybeans from supply estimates – then ending stocks could dip down to 147 million bushels and the resulting stocks-to-use ratio will tighten to 3.2%.

That would trail 2013’s STU of 2.6% as the tightest on record if USDA goes this route. But USDA generally prefers to take a more conservative approach to tight stock volumes to account for potential demand destruction if tight supplies push prices high enough. 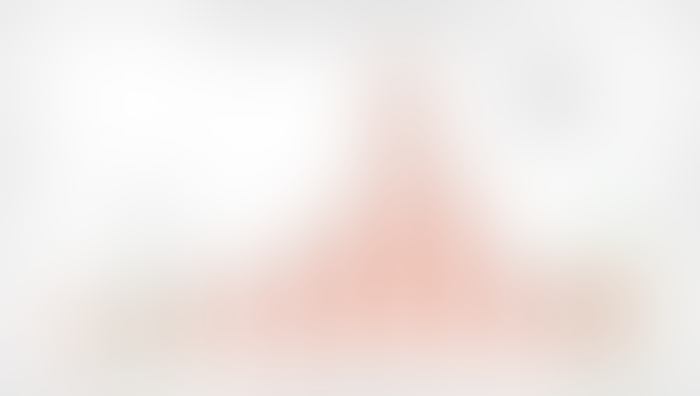 Which leads me to option two: USDA will likely cut some volume from soybean usage categories next week. Even if USDA keeps the STU around a similar 4.5% rate to mirror 2009/2012/2008/2021 volumes, that will drop 2022/23 soybean usage rates from 4.58 billion bushels to around approximately 4.52 billion bushels.

The smaller acreage was a great win for soybean bulls in last week’s report. It provides a floor for soybean prices even amid ongoing hedge fund liquidations in the commodities space.

That floor could remain in place even until the Brazilian crop is planted, double crop U.S. soybean acres are successfully planted and recognized in the August 2022 Crop Production and WASDE reports, or we start to see demand destruction. But based on current bids in the domestic cash market, I don’t think soy demand is going to slow down anytime soon.

Total wheat acreage planted for the 2022 season was cut by over a quarter of a million acres from the March 31 Prospective Plantings report to 47.1 million acres. It represents the fifth smallest planted wheat acreage in the U.S. since record keeping of that metric began in 1919. 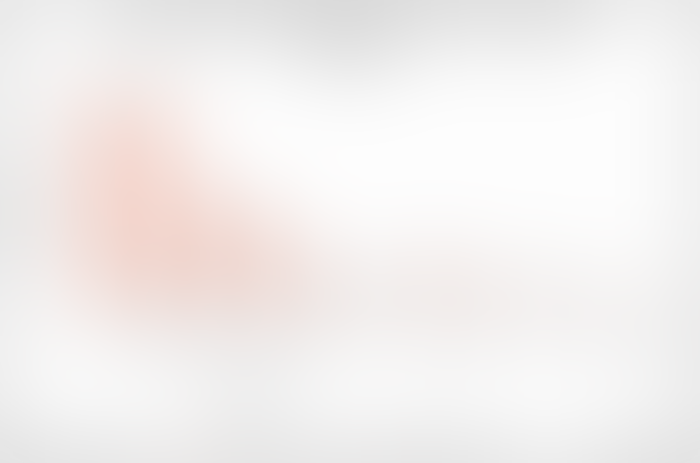 It also axed 90k acres from spring wheat estimates – likely due to severe planting delays in the Northern Plains last spring which will ultimately be verified in the August 2022 FSA Prevent Plant report.

But that volume was still higher than the trade had been expecting, which has led to weakness in spring wheat contract pricing on the Minneapolis Grains Exchange over the past week. Tuesday’s increased Canadian wheat acreage reading from Stats Canada and ratings increase for spring wheat conditions from USDA’s Crop Progress report all added even more bearish pressure to the spring wheat complex.

The primary theme behind wheat volumes and usage rates continues to be anemic demand amid a strong dollar and high global wheat prices. This was reflected in fourth quarter 2021/22 (March 1, 2022 – June 1, 2022 for wheat) usage rates, which dropped to a mere 364 million bushels.

While that was a 3% improvement from Q3 2021/22 usage rates, it was the smallest absolute usage volume for Q4 wheat consumption in at least 33 years. It’s no secret that U.S. wheat exports have lagged behind year-ago volumes in the absence of Chinese buyers. But a strong dollar does not seem to be doing any favors to U.S. wheat prospects, either. 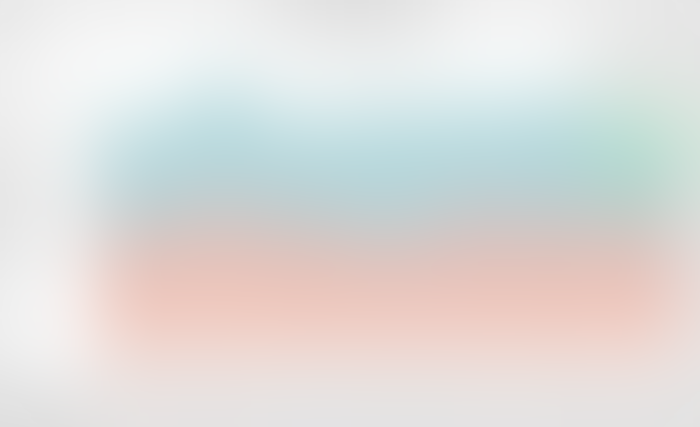 Going into the 2022/23 marketing year, growers may be more likely to book wheat sales off the combine or shortly after harvest to ensure the best demand-driven pricing opportunities. U.S. wheat usage tends to see its largest volumes in between June 1 – September 1, with mixed results across the subsequent three quarters.

If wheat producers have any doubts about export markets, booking sales sooner rather than later may be the marketing strategy of preference in 2022. Domestic demand is likely to remain stable and could be the sole source of pricing opportunities in the 2022/23 marketing year.

Stock volumes improved considerably over last year, thanks to a record 2021 soybean crop. But that doesn’t mean that supplies are any less tight. These high usage rates suggest that domestic soybean supplies may be in short order this summer, especially after China’s unseasonal buying spree this spring following South American crop shortfalls over the winter.

While this could make for a challenging summer for domestic crush plants looking to maintain production schedules – or international buyers desperate for oilseeds – it’s good news for producers because it increases the likelihood of originators keeping cash bids high until harvest begins this fall. 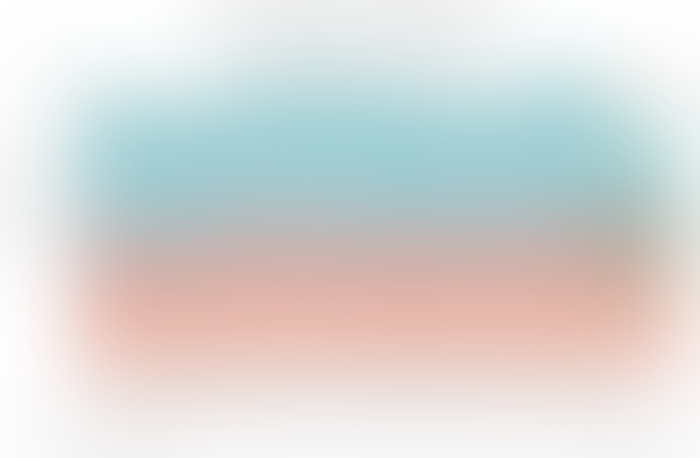 But that adjustment also negated any potential price gains in the corn futures market last week, as the delayed demand reporting didn’t offer any current positive demand prospects. At 3.4 billion bushels of corn usage in Q3 2021/22, last Thursday’s volume update was not only smaller than the previous quarter, but it also marked the smallest Q3 volume since 2019/20.

This goes to show that robust ethanol production may not be enough alone to keep demand strong for higher corn prices. A strong dollar and high prices are creating challenges for export markets – though tight domestic supplies mean that global buyers may look elsewhere for more affordable corn. And drought, combined with limited and costly feedstuffs, are driving liquidation in the cattle markets – which typically accounts for corn’s largest buyer.

To be sure, the June 30 corn stocks reading was largely neutral overall. But I think the underlying message here is largely that strong ethanol production in Q2 will keep supplies very tight and put an upward limit on usage rates through the end of the 2021/22.

That will likely limit demand growth in the cattle market. Peak corn export season typically tapers off in June, so increases the likelihood that any international buyers may not be able to get a good deal on old crop corn, especially if any sudden shift in the weather forecast disrupts new crop production prospects.

For farmers, any new sign of demand revival via the export, ethanol, or food processing markets will likely be rewarded with upward price shifts. Some continued spillover effects are also likely from new crop corn markets as summer 2022 forecasts and production estimates shift.