A USO calendar sparks a history dive into the designer of the U.S. flag. 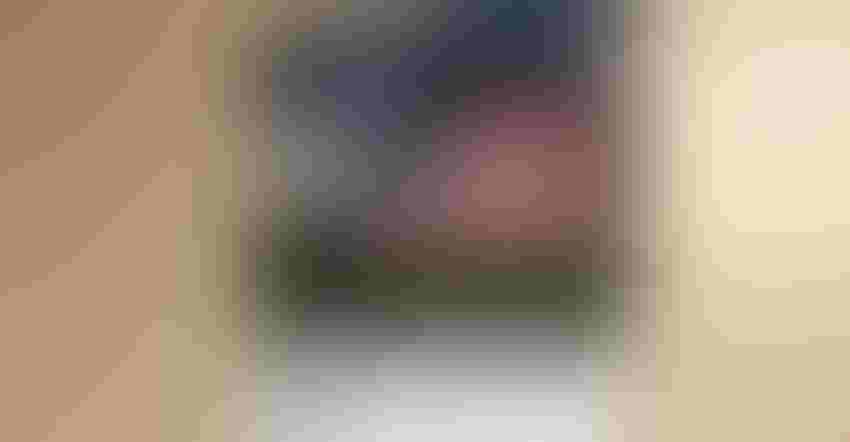 OLD GLORY: The USO calendar, which hangs in my office, features different displays of the American flag, including two months with barn murals of Old Glory. Unfortunately, the information under the photo does not say where it is located, but it did give a historical account of how the 50-star flag came to be, providing inspiration for this column. Jennifer Kiel

Just before the end of the year, I made my usual charitable gifts, including to three of my favorites: the United Service Organization, St. Jude Children’s Research Hospital and the Michigan 4-H Foundation.

A few weeks later, I received thank-you notes from all, but the USO also sent patriotic address labels — I can always use those — and a 2022 wall calendar.

Do people still use hanging calendars? I have a paper appointment book. I know that’s old school, but I like to see the week ahead without relying on power. The only calendar I display each year is the one printed on a 2-foot piece of rawhide gifted to me by the Ohio Beef Council. I really don’t use it, but it’s worthy of wall space, well, because it’s cool.

Curious as to what day my birthday fell on this year — I know what you are thinking, and, no, I don’t remember when it was last year — I decided to flip through it. To my delight, each month featured different displays of the American flag. Two months had barn murals of Old Glory — December and my birthday month of April, which pictured a stunning, large timber-frame barn with the American flag painted the entire width of the building.

Under each of the months, it gave a quick fact about the American flag. Under April, it said, “The current design wasn’t professionally made. Rather, it was then-17-year-old high school student Robert G. Heft of Lancaster, Ohio, who submitted the design in a contest in 1958. It was chosen out of over 1,500 submissions by President Dwight Eisenhower.”

No kidding. Who is this Heft and why would a 17-year-old undertake that kind of project?

As February includes Presidents Day, the 21st, and the marking of the flag being raised on Iwo Jima in 1945 on the 23rd, I decided to do a little digging. Turns out his colorful story has been well documented.

Who is Bob Heft?

According to Wikipedia, Stanley Pratt, Heft's history teacher at Lancaster High School, asked his students to design a new American flag. Heft, who knew there were discussions of Alaska and Hawaii eventually being granted state status, was inspired to make a 50-star flag.

It’s reported that Heft got a pretty good tongue-lashing from his parents after they discovered he dissected a 48-star flag his parents received as a wedding present to create his stars-and-stripes prototype. It probably hurt a little more, too, when Pratt graded it a B-, saying it lacked originality.

Probably thinking it’s a snowball’s chance in July, Pratt challenged Heft to get it accepted as the national flag in exchange for a higher grade. Heft sent his flag to the governor, who forwarded it to Ohio Congressman Walter Moeller, who succeeded in having Heft's design adopted as the new U.S. flag.

It took two years, but Heft received a call from President Dwight D. Eisenhower who invited him to Washington, D.C., for a ceremony adopting his 50-star flag. Sticking to his word, Pratt went back and changed Heft’s grade to an A, according to Story Corps.

Heft had a connection to Michigan, too. He was born in Saginaw, Mich., moved to Ohio, and then returned to Saginaw after retiring from Northwest State Community College in Archbold, Ohio, where he was a professor.

He also was a high school teacher, served as mayor of Napoleon, Ohio, and traveled across the country, giving patriotic speeches while recounting his role in designing the U.S. flag. He also developed a 51-star flag in case a new state should join the union. That could be coming soon if Washington, D.C., gets its way.

Heft's original flag has flown over the White House, every state capital building and 88 U.S. embassies. It’s reported that several tried to buy his prototype, but he declined. He died in Saginaw on Dec. 12, 2009, at age 68. I wasn’t able to uncover where his flag is now. While there have been many changes to the design of the American flag, 27 to be precise, Heft’s 50-star flag is the longest running.

His obituary reads, “His interest in flags originally came from his volunteer work as a former Boy Scout. Bob was a very proud American. He devoted his life to inspiring others.”

Pretty cool. I pounded a new nail in my office wall.