Making changes in a cow-calf operation can be challenging, especially when not much pasture is available. 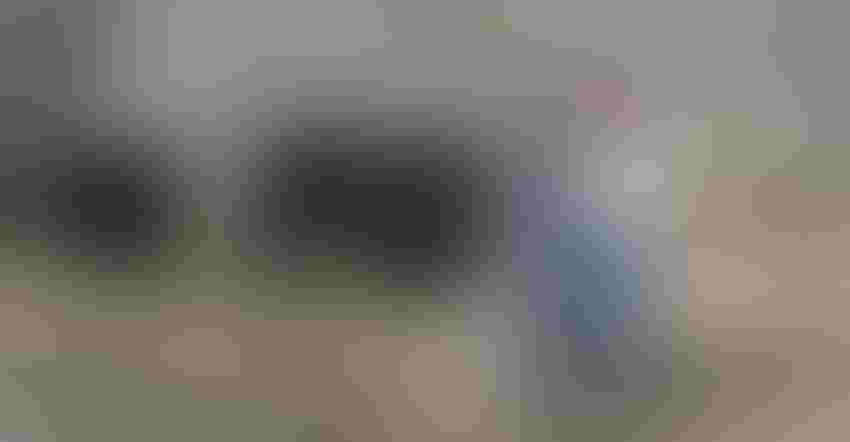 MANAGEMENT: Northeast Iowa cattle producers Josh and Lacey Zuck made a major change in the management of their herd by switching from conventional management to rotational grazing, and they have seen many benefits.Photos by Jennifer Carrico

Rising input costs are affecting how all farmers and ranchers look at their operation and for young cattle producers like Josh and Lacey Zuck it becomes very important in how they can continue to grow or if they have to cut back their herd.

The couple are raising their twin girls in northeast Iowa near Westgate, in the neighborhood where they both grew up. Josh’s home farm is to the south a few miles from their homeplace and includes pasture for the cow herd, where they keep replacements and first-calvers each year and calves in the feedyard. Lacey’s home farm is where they live, which was a dairy until she was 10, when they switched over to raising buffalo and elk. Much of the ground was put into the Conservation Reserve Program, and it is now being switched over to pasture for the herd.

“We originally would buy feed for our 80 cows. We had a high equipment cost to be able to make hay and feed it, and we were always trying to figure out how to get everything done,” Josh says. “That’s when we had to make a decision in order to keep cows on the ground, and cut back to 30 cows to make it more manageable.”

Even with reducing the cow number, the Zucks needed to figure out how to cut cow costs and the need for extra feed. Research led them to find ways to keep cows on pasture all year long, which wasn’t a common practice in their area but would help them cut the feed costs. 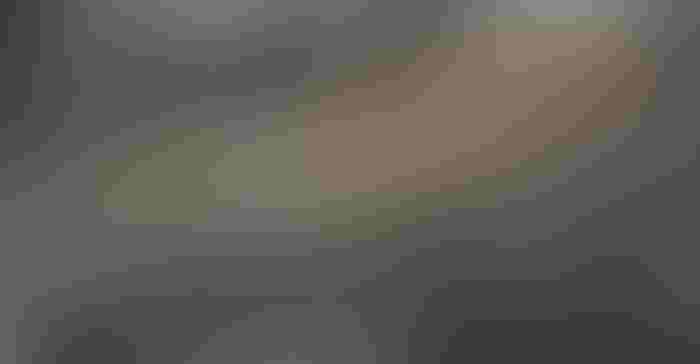 “Year after year, feed costs are the largest expense in the cow-calf sector. Feed can equate to about half of the total enterprise cost in a normal year, but may increase to as much as 70% during a drought year,” says Denise Schwab, Iowa State University Extension beef specialist. “It’s no surprise that feed is a primary factor in profitability for a beef operation.”

The research led the Zucks to learning more about rotational grazing and how they could maximize the ground available. They had gained some more pasture ground, but it had been completely damaged by armyworms, which posed another challenge. “We knew it was going to take some time, patience and management to be able to make this ground work,” Lacey says.

Schwab says enhancing pasture productivity can mean testing soils to know what is lacking, and controlling weeds to increase forage productivity. Interseeding a legume or warm-season grass can increase tonnage and grass supply for summer grazing. Incorporating these with rotational grazing or intensive grazing can allow land to rest and help with regrowth and weed suppression. She says these practices can initially take monetary and time investments, but the return on carrying capacity and grazing days will far exceed the cost. 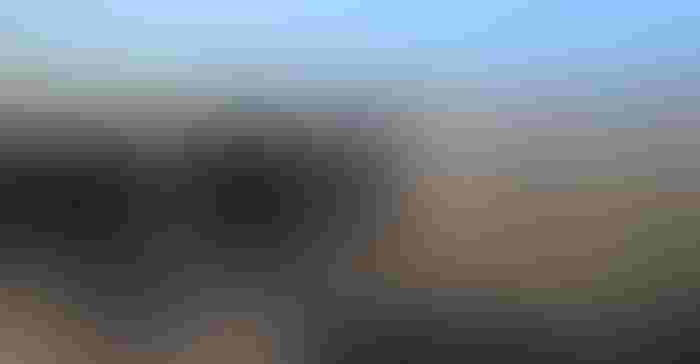 “We did unroll hay when we thought cows needed a little more feed. This also returned the grass seed from the hay to the ground to help the establishment,” Lacey says.

The couple have also worked with the Natural Resources Conservation Service to put a plan together for their farm to know how to best use the ground and have water available for their cows. Information collected from Greg Judy, Jim Gerrish and Allan Nation has helped to determine stocking rates, types of fences to use, how often to rotate and how to provide water in each paddock.

“There’s a lot to rotational grazing, but once the system is set up, it’s really pretty easy — and the cows love to see you because they know that means new grass,” Josh says.

While many originally thought permanent fencing was important in rotational grazing, the Zucks have found what works best for them is a permanent boundary fence, with a moveable fence within the boundary. Their boundary fence is a one-strand hot wire, and an investment in a very good electric fencer is worth the money, according to Josh. “We have a remote to turn off our fence, which comes in handy when we do have a problem and saves us a trip back to the barn,” he says.

By not having permanent fences throughout the system, adjustments can be made according to the number of cows in the group, weather conditions and water availability, as well as the amount of time the cows need to stay in one paddock. The Zucks use step-in fence posts and poly hotwire in between the paddocks, and they move the fence as needed when cows are ready to move through their system. They typically make paddocks 3 to 5 acres per cow, which will last for about three days.

“One person can move a fence in about 45 minutes, and the cows are always ready to get the new grass,” Josh says. “We are continually learning how and when to move the cows. We must keep cow condition in mind too. Currently, our total rotation is 30 to 40 days through the grass we have.”

Since the cows are very respectful of the fence, they have been able to graze other areas in surrounding fields that aren’t normally grazed, including waterways and timber areas. Lacey says they have seen improvements — especially in timber areas where cows go in and clean up the grass, brush and weeds, and then better-quality grass grows back after the competition from lower-quality vegetation is removed. “The cows trample down the problem brush and weeds, which will insulate the grasses underneath or dormant, and it will bring back the good forages,” she adds. “If we make the cows do the work, it may take a little longer to see results, but it is worth it in the end.”

Timing out when to work cattle is done by knowing how the cattle will move through the system. Planning to have the veterinarian out to pregnancy-check or perform routine vaccinations is done when the cows will be close to the barn. At times, cattle must be doctored while on pasture, which is often done with a dart gun; since cows are quiet, the process is easy.

Cows are kept near the barn during calving season in case of any difficulties that might occur. This can require some supplemental feeding. Once the calf is up and strong, the pair is moved out to pasture.

Through research, they decided to use less wormer on their cattle and found that it helped improve the good bugs in the manure, and they saw better breakdown of the manure throughout the fields. 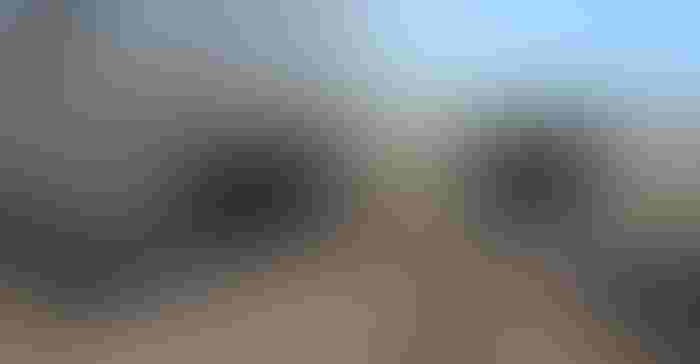 “If we know the ground is getting the needed nutrients from the manure and it’s not just being deposited in one common spot, it reduces our use of extra fertilizer,” Lacey says. “The change in wormer use and constant movement of the cows has also proven to see fewer pests on the cows, which makes everyone happy.”

Free-choice mineral is an important part of the rotations, and the mineral feeder can be moved with the cows. Water can be challenging at times, and the Zucks hope to improve this situation in the coming months.

While the obvious improvements are being seen in the quality of the grass and soil, they say their personal management of the cow herd and time management because of adding rotational grazing to their program has improved. Fewer health problems are seen year-round, and conception rates are up in all the groups.

They have learned to manage cattle in groups by age and other requirements. All replacement heifer and first-calvers are at a different farm, where they can be managed differently when needed due to changing nutritional needs.

Schwab says this is a good way to know your cattle are all getting their dietary needs met, and it can reduce overall feed costs of the herd if the younger cattle need to be supplemented. She says the older cows are sometimes a group with extra needs as well. Keeping them split will allow the needed attention to each group to optimize performance.

“We know this change in management has taken time to get used to, but now that we’ve done it and can see the improvements, we know it is possible. Prior to doing this, we spent a lot of time making feed and hauling manure,” Josh says. “Now we have to look at the time aspect differently. We do still make some hay for when we need it — but when it’s fed, we unroll the bale, and this helps with seeding for the next spring and spreads out the manure fertilizer the cows are depositing.”

The rotational system transition was easier to implement than the Zucks anticipated, and they say it’s well worth the benefits seen. They hope the savings will let them invest more into the genetics of their herd and purchase embryos on cattle they wouldn’t normally be able to own, and improvements will be made to the entire operation.