&bull; &ldquo;Beef 101&rdquo; is an educational series for members of Congress and their staff.&bull; The program was developed to bridge the knowledge gap between elected officials and the beef industry. 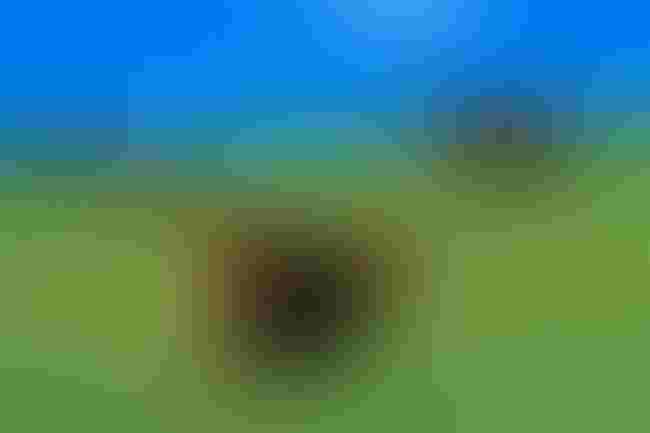 Representatives from the National Cattlemen’s Beef Association (NCBA) have given an overview to congressional staff members on the devastating impact of the estate tax on cattlemen and cattlewomen as part of NCBA’s “Beef 101” educational series.

“Tackling the death tax is the top priority for NCBA,” said NCBA Associate Director of Legislative Affairs Kent Bacus. “The tax directly affects family-owned small businesses, such as farms and ranches, because of the burden it places on families hoping to pass their business on to the next generation.”

“Beef 101” is an educational series for members of Congress and their staff. The program was developed to bridge the knowledge gap between elected officials and the beef industry. The session featured a presentation by Bacus, who stressed to attendees that there must be permanency in the tax code. For now, estates worth more than $5 million per individual and $10 million per couple are taxed at a rate of 35 percent.

According to Bacus, 97 percent of American farms and ranches are owned and operated by families, and eliminating the death tax is an important step in stimulating the nation’s economy.

One of these family-owned ranches is Barthle Brothers Ranch, located in San Antonio, Fla., and owned by the Barthle family.

Four generations of the Barthle family have called the ranch home. Randy Barthle and his daughter, Sarabeth Barthle-Simmons, attended the “Beef 101” presentation and gave a first-hand account on how the death tax has affected their family’s operation.

Barthle said that when his grandfather passed away in 1971, the family was hit with a $1 million estate tax, causing the family to have to take out additional loans in order to pay the tax within nine months.

“Being a cattle producer is a family business, and the death tax has a devastating effect on ranching families,” said Randy Barthle.

“It’s all about family for us, along with preserving the land we ranch on. There are 17 children in the next generation of our family, and they all agree on one thing; they want our ranch and family’s way of life to be preserved.”

One important fact addressed during today’s presentation is that most agricultural operations are asset-rich and cash poor, with most of their value tied up in the value of the land.

For asset-rich and cash-poor family businesses, the appraised value of rural land is extremely inflated when compared to its agricultural value. NCBA has made this information available on its websiteincluding state-by-state analysis.

“Uncertainty in the tax code, and more specifically with the estate tax, creates an unnecessary burden for farmers and ranchers who are forced to set aside valuable resources for estate planning instead of investing in the expansion of their family businesses,” said Bacus.

“Farmers and ranchers are already faced with uncontrollable factors like the weather and input costs. The tax code shouldn’t be as unpredictable as the weather.”