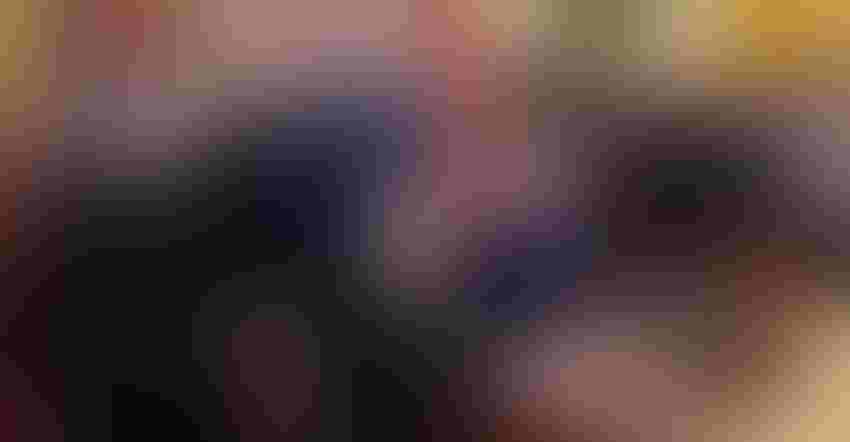 President Donald Trump and China's Vice Premier Liu He sign a trade agreement between the U.S. and China during a ceremony in the East Room of the White House on Jan. 15, 2020Mandel Ngan/AFP/Getty Images

The deal signed between the U.S. and China brings a pause in the trade war between the world’s two largest economies.

However, it promises some actions China has already taken and skepticism remains as to whether the nation can buy an additional $200 billion in goods and services, including $95 billion in commodities.

To achieve the promised increase in purchases, U.S. exports of goods and services have to jump almost 56% this year from 2019 to reach the total laid out in the deal signed by President Donald Trump and Chinese Vice Premier Liu He, according to Bloomberg calculations.

China promised to buy $52 billion more in U.S. energy products over the next two years.

Prior to the trade war, monthly U.S. oil and gas exports to China peaked at about $1.5 billion, about 25% below what it would have to average over two years to reach its new commitment.

If China were to buy all the the liquefied natural gas the U.S. is expected to export in 2020 and 2021 at last year’s average North Asia spot price, it would equal roughly $12 billion in 2020 and $17 billion in 2021, according to Bloomberg calculations. However, such a monumental shift in flows to China would be challenging, as most volumes are tied-up in long-term contracts.

In addition, a slowdown in Chinese demand growth and brimming stockpiles mean that China may not have much appetite for any additional gas right now beyond its base-load, long-term contracted volumes. Many Chinese importers also don’t use the types of oil the U.S. produces as most refineries are optimized to run heavier grades of oil, as opposed to the light sweet varieties that the U.S. makes.

China’s promise to buy an additional $32 billion in farm goods means it would account for about a quarter of all American farm goods sales in 2020 and 30% next year, based on average annual U.S. exports. That’s not even counting the extra $10 billion China said it would strive to buy over two years.

This would be well above the $24 billion in agriculture and related products it imported from the U.S. in 2017. If soybeans continue to make up two-thirds of those purchases as they did before the trade war, that would be every soybean that the U.S. exports.

China also now has much less demand for soybeans, which are mainly used to produce livestock feed in China, because an outbreak of African swine fever cut China’s pork herds by half.

Still, China’s most clued-in agricultural consultant and researcher said before that deal that the country won’t have a problem buying $40 billion in American farm goods. It could buy about $7 billion worth of other grains and related products, more than $2 billion in poultry and chicken feet, and $2.5 billion worth of nuts, JCI said. Cotton, fish and ethanol are also on the table, it said.

Some of the other reforms promised in the deal could help make that happen. China agreed to conduct an assessment on whether its ban on a specific animal growth enhancer is justified. Lifting the ban on ractopamine, which is used to make hogs gain muscle faster while eating less grain, would pave the way for bigger imports of American pork.

China also promised to better implement its tariff rate quotas for wheat, rice and corn, which may lead to higher imports from the U.S.

The biggest win for Wall Street was China’s agreement to bring forward the planned opening of its securities industry by eight months. By April, global investment banks will be able to apply to form fully owned units that can do a broad array of investment banking and securities dealing in the nation’s $21 trillion capital market.

China also promised to take no longer than 90 days to consider license applications from providers of electronic-payments services such as Mastercard, Visa and American Express Co., answering complaints that the licensing process is unnecessarily long.

But a pledge to remove the foreign-equity cap for the life, pension and health-coverage sectors no later than April 1 caused confusion among lawyers in the Asian nation, who say they thought the limit was lifted on Jan. 1.

China also pledged to issue licenses to asset management companies to purchase non-performing loans from Chinese banks, although no timetable was provided, adding some detail to previous promises from as far back as 2018.

Market participants were mostly unimpressed with China’s pledges on its currency. Little was new in the the two-page chapter on the topic, which reaffirmed previous commitments not to devalue for competitive advantage and to continue disclosing data on reserves and balance of payments.

The agreement also set up a dispute mechanism, although it’s unknown how effective that new process will be. Trump has accused China of “manipulating” its currency since before he became president, and the U.S. labeled China as a “currency manipulator” in August at the height of trade war. It removed that label earlier this month before the signing.

However, market consensus is that the People’s Bank of China has long relinquished direct intervention. Instead, the central bank now leans more on the daily fixing to guide market expectations, and mostly refrains from intervening in the exchange rate.

The PBOC’s most recent wording on the yuan rate reiterated that it will adhere to “the decisive role of the market in the formation of the RMB rate” and “will keep the yuan rate basically stable at a reasonable and equilibrium level,“ indicating it won’t change its current approach.

Many of the intellectual property commitments in the deal appear to be ones that China had either made already or was moving to address.

China made a rapid-fire series of legal changes amid the negotiations to beef up intellectual property protection. A new foreign investment law, effective from Jan. 1, bans administrative agencies from forcing technology transfers. It also exposes officials who disclose or leak trade secrets gleaned from regulatory approvals to potential criminal penalties. The law was approved in March 2019 after just a matter of months, a process that usually takes years.

Along with the law, the country also instituted new rules that stipulate foreign firms will enjoy the same favorable policies as domestic companies, and will be treated equally in setting industry standards and bidding for government contracts.

A revision to the Administrative Licensing Law approved shortly after prohibits officials from revealing trade secrets and confidential information. And the government has also said it would raise penalties for violations of intellectual property rights and look into lowering the threshold for criminal punishment.

“The section on intellectual property and technology transfer covers several Chinese laws, such as the new Foreign Investment Law, the Law Against Unfair Competition, and the Trademark Law, which have already been revised. There is also the patent law which is under revision, and we will see whether these changes will be reflected there,” said Cui Fan, a professor at University of International Business and Economics.

China agreed to set up a system to resolve conflicts over drug patents, a move that may help U.S. pharmaceutical companies seeking greater protections for their branded medicine in developing nations. The changes, which take key provisions from an American law on the books for more than three decades, were included in the text.

Under terms of the deal, patent disputes over potential generic drugs could be resolved before a copycat medicine enters the market in China, and brand companies would be able to seek an order to block any sales until the conflicts are resolved. Drugmakers would be able to seek extensions of their patents to compensate for “unreasonable” delays in the patent office or while waiting for Chinese health regulators to approve a drug for sale.

However, hopes that China would extend the “exclusivity period” for drugs to match that in the U.S. were dashed, with no mention in the deal text.