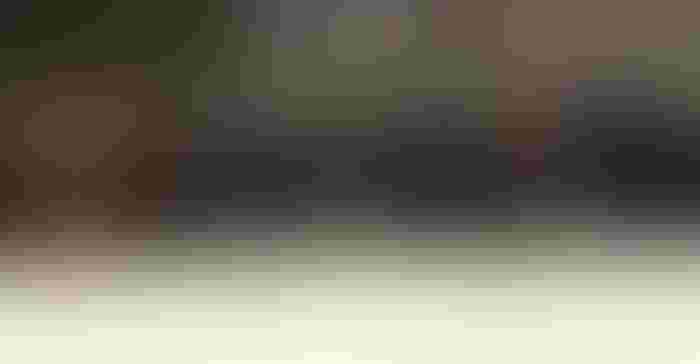 Missouri is home to roughly 1.7 million calves annually; however, cattle producers retain only 187,500 to feed out in the state. University of Missouri Extension beef nutritionist Eric Bailey said farmers may want to reassess their options and feed them at home.

“We want to keep a greater portion of these cattle on the farm instead of shipping them out,” Bailey said. “This will add revenue to farms and economic impact for Missouri.”

The University of Missouri Extension held a feedlot school in mid-January at North Central Missouri College in Trenton. Bailey said there is a renewed interest in feedlots due to new packing plants, like American Food Groups, being built in eastern Warren County.

It has been a while since farmers managed their own feedout operations, so MU created the schools to offer insight and information into the cattle finishing business.

The first feedlot school in 2021 quickly filled up, with many farmers put on a waitlist. The second school in January had the same amount of interest. “There are farmers who want to get back into feeding cattle,” Bailey said, “and we’re here to help them.”

Humphrey outlined four areas first-time finishers need to assess when building a feedlot on the farm.

1. Square footage. Humphrey said feedlots can require anywhere from 250 square feet per animal for an open earthen lot down to 40 square feet for a deep-bedded confinement building, or one with slats and a deep pit. He added that market weight of cattle should be considered when determining square footage.

2. Cattle comfort. Farmers using concrete slats in buildings should consider rubber mats. “The producers I’ve worked with, if they’re doing deep pits, they tell me they would not build a new building without putting mats over the concrete slats,” Humphrey said.

3. Shade. For outside feedyards, Humphrey recommends some type of shade — permanent or temporary. He noted that some farmers are using cloth shades that they roll up in winter and put away. Research also shows that cattle’s dry matter intake increased and feed conversion improved when shade was available.

4. Water requirements. Cattle need 1 gallon of water per 100 pounds of bodyweight. Humphrey said to make sure the water is clean.

Feed your own cattle

Bailey shared a USDA-funded feedlot project at MU’s Thompson Research Center, known for its long-standing breeding program of Angus cattle chosen for growth and carcass genetics. “Cattle performed exceptionally in the first year of our project,” he said, “garnering $76 per head in premiums at harvest and $125 to$180 per head in income over the costs associated with feeding.”

Bailey noted benefits to feeding out your own cattle in terms of health. Part of the motivation that drove the Thompson farm to feed cattle was death loss. He said the university sent groups of 80 head to two out-of-state feedyards, and both places had a 10% death loss.

“The problem when you think about small groups, one dead animal is over a 1% death loss, if you have less than 100 head,” he explained. “We were sending relatively small groups out to relatively big feedlots. It wasn’t working.”

So, they set out to see if their own university farm could provide better results. In the first year, Bailey said two shots of antibiotics may have been given to a couple of steers, but no other treatment. Also, no heifers were treated. That year, MU lost only one steer.

“So there may be something to taking the marketing and transport stress out of these animals and fattening them at home,” Bailey said. “There could be some benefits in terms of health issues.”

MU Thompson Research Center will continue looking at all aspects of feeding out its own steers and heifers, and share results with cattle producers.

A case for cull cows

While the center feeds its own calves, Jim White, ruminant nutritionist for MFA Inc., said there is money to be made in feeding cull cows.

Producers can buy undervalued cull cows that can be fed for the white fat market for food service and restaurant chains. Those cows often garner a higher price. To meet the demands of the white fat market, cattle producers must feed high-energy diets, which turns their yellow fat to white.

White said farmers should only feed the cull cows up to 120 days. “With cull cows, they’re going to require 3 maybe 4 pounds more feed per pound of gain than what we would expect for typical finishing animals,” he said.

At his own farm, White found that the more days cull cows are fed, the fat as a proportion of their gain increases. Protein went down just a little, but the fat density greatly increased.

“Every time I get a pound heavier, the next pound takes more energy to get there,” he noted. “You can get there quicker with a high-energy diet.”

White said farmers may need to look at thin and young cows to fill the feedlot. His preference is taking a cull cow with a body condition score of 3 to 6. “They are more efficient when they are younger,” he noted, “and they need to be open.” He said all cull cows may not be open, so farmers need to have a plan in place. “A bred cow is worth more than an open cow.”

Humphrey said with the various cattle feeding options, a critical factor is to provide a carcass that is highly valued, whether that’s based on weight or quality.

To keep up with the latest offerings, visit MU Extension.