Senator Pat Roberts tells farmers Ag Committee has “got your back.” 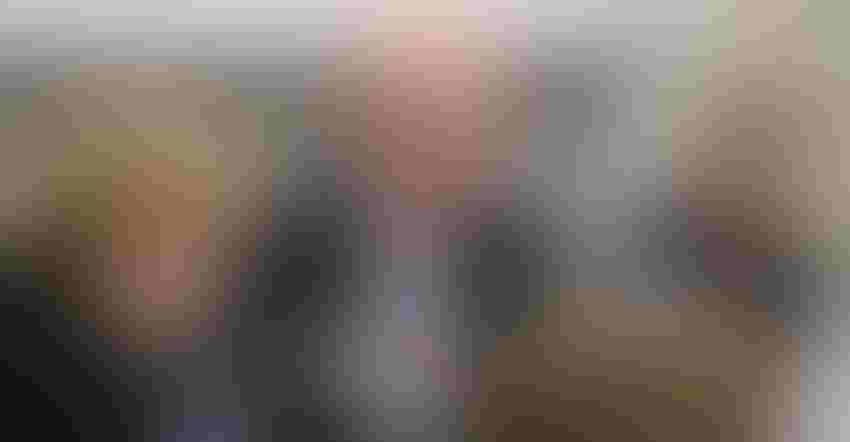 “This is not a good situation. It just isn’t,” Roberts said on the sidelines of an Agriculture Futures Commodity Conference.

Roberts said it is hoped that the disputes can lead to better trade deals within NAFTA and other countries and he encouraged farmers “to persevere.”

“Farmers, as you know, have to plan ahead for months so the issue of uncertainty is absolutely on everybody’s mind,” he said.

“It is a bipartisan effort that we have your (farmers) back,” he said of the Agriculture Committee

While the Trump administration has raised complaints about NAFTA and other trade deals, the latest dispute with China has rattled markets. The U.S. wants to apply tariffs to a number of Chinese products including steel and aluminum. China responded with the threats of tariffs on a number of U.S. goods including 25% tariffs on soybeans plus tariffs on pork. China is the largest importer of U.S. soybeans and a major buyer of U.S. pork.

Related:Closer look: No time to panic over Chinese soybean tariffs

Roberts was the keynote speaker at the two-day agriculture futures trading conference that will address high-frequency trading, price convergence, market oversight and other topics.

China will be discussed next week in Washington at the Senate Finance Committee meeting, of which Roberts is a member, but the senator said he has not decided if the Agriculture Committee will address China’s trade issues.

“I hope there is a light at the end of this tunnel” he said during his convention address. “A trade war negatively impacts job prospects across all of our sectors.”

While the tariffs have rattled equity and commodity markets, it may be a month or more before they are applied. Media reports have said ongoing trade negotiations could delay tariffs for several months or eliminate some of them entirely.