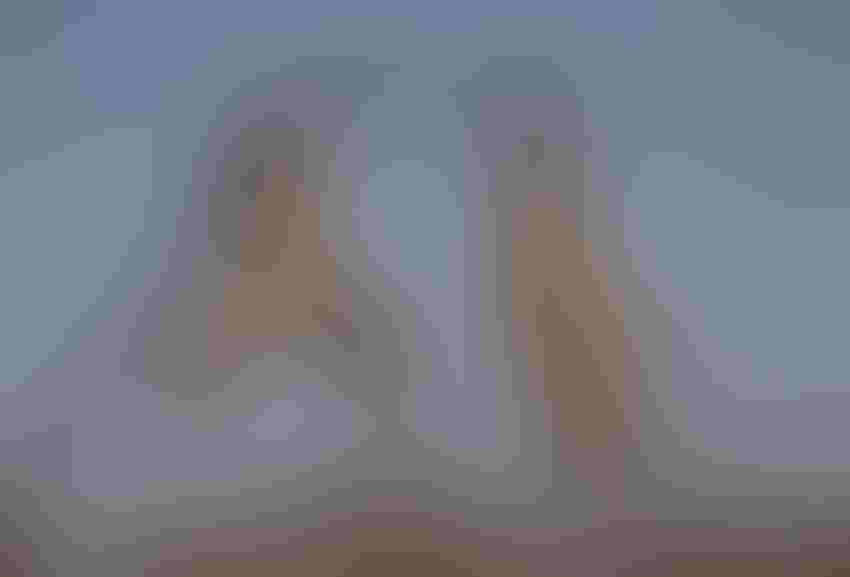 Editors from around the country had a chance to sit down with Monsanto’s top executives last week for conversations about Monsanto’s international outreach, its newest technologies, the company’s reputation and more. Farm Industry News got some insights from Monsanto’s Hugh Grant, chairman and chief executive officer and Pierre Courduroux, senior vice president and chief financial officer in this Q&A session.

A: Grant- We’ve been selling these technologies since the mid 90s. From the very beginning we adopted an open architecture model where we would broadly cross license and that meant out licensing as well as in licensing. We didn’t take the approach that we were going to hog all these things. We took an approach where it was going to be a licensing model and we’ve never faltered from that in 15 years.

So the deals in the last three or four weeks -- where if you look at SmartStax as a product where there’s a lot of different technologies inside that seed that are licensed from a number of companies -- The Bayer one was a RoundUp Ready to Yield - it was a soybean deal. It brings the technologies through Bayer’s stable to Brazil. The Dow one is the opportunity to get another string on our bow on insect control. The DuPont one really focuses on soybeans in the U.S. and gives them access to our next generation of soybean weed control systems in the U.S.

I think it’s healthy. It’s an additional layer of complexity but I think it’s the right business model, because it gives us access to more acres than we would ordinarily if we were just selling through our own seed brands, number one. Number two, that lets the farmer choose what brands he wants to access because the technology is then available in multiple varieties so I think especially in the early days of a new launch, you get faster, easier access on the brand that you want to select.

Q: As you look at the reputation of Monsanto and the negativity that’s out there, how much of that public opinion is a concern?

A: Grant - I don’t enjoy a lot of it. A piece of this comes with the territory of being first on the market. I don’t think I’d trade places with any of our competitors right now. From a grower point of view, our rep has improved versus what it was three years ago, and we’ve put an enormous amount of effort into listening and doing a better job of listening than we did previously. That takes time; I’m encouraged by what I’ve seen. They [growers] are our customers. When you go beyond that to general society, I think there’s a tremendous amount of confusion on where food comes from and who grows that food and frankly our part in that. We’re a seed company. We don’t own supermarkets. We don’t make soup. I think there’s work to do. But I’m really pleased at the outcome of the grower base and I think there’s more effort and more dialogue needed in the rest of that food chain. And I think agriculture’s got a story to tell and it does a pretty average job at telling that story.  It’s a very fragmented industry and it’s 2% of the US population – we don’t do a very good job of actually talking about what happens in agriculture.

Q: In bringing biotech seed to developing countries that don’t currently have access to it, and with the challenges of working with individual governments to bring them on board, where is Monsanto’s role in all of that?

A: Grant – I think we have a responsibility but we are only a piece of the equation.

This water efficient maize for Africa, the Gates foundation project: You need the triangle of those three communities coming together to have any chance oat actually getting a seed planted and that technology advanced. We’ve made great progress – slow – but we’ve made great progress in a handful of countries. And where we’ve struggled it’s because a corner of that triangle hasn’t been functioning. I don’t know if that’s a universal model. It does apply in Africa.

The Gates foundation actually funded the establishment of regulatory agencies because it’s really hard for us to work in the absence of that, so I think it’s an interesting model there for the future and there’s a lot more could and should be done. Howard talked about orphan crops – there’s a big piece of the world that eats lentils, peas, beans, legumes for protein. There’s a lot more work that can be done in improving breeding in these crops long before you get to biotech. There’s more of a collaborative model. You have to meet people halfway and that gets past reputation and ‘So tell me again why are you doing this? Really, really why are you doing it?‘ I’ve said before I don’t think the block in this is in the science – we could do the science tomorrow – it’s in the people side, it’s in the relationships, it’s in the trust. Science is actually a lot easier than the other stuff.

Q: How widespread is your research beyond the U.S.?

A: Grant – We will see 600-650 jobs eventually being creating. I think the days of boasting and bragging about your research... I’m much more interested in when do you get a new seed in a bag; when do you get a new seed in the ground. And everything up to that point’s just a rehearsal. But the fascinating thing about our business is wherever you sell something; you need to be breeding where you sell. It’s extraordinarily localized and we’re usually very localized so you’re pretty close to your customers.

Q: Are there any new details you can share about Chesterfield expansion and on the impact on the company?

A: Courduroux – So we’re going to be investing over the next couple of years – more than $400 million on that site – so it’s fairly significant investment for us, and we announced as well we will be creating 600 jobs in area. We feel very good about our R&D engine.

A: Grant – We do a long-range plan on a five-year horizon. Technology does it on 10. And it takes 10 to make a new product, so if we drank champagne this afternoon, it would take a decade before we were back here saying ‘How did that new product shake out?’ So when you invest in a research facility like that and you say you’re going to put 650 new people in it, it’s almost generational. It’s a long haul investment. The reality in farming is everything is long haul. If you’re in farming for I hope next summer’s harvest is going to be okay, you’d be crushingly disappointed. So the timelines are long.  And what that leads to is you only invest in big things. Water, yield, disease, bug control. Because of the investment burden, we’re not fast enough on small solutions or smaller things.

Q: Comparing Monsanto to other large corporations in the U.S., other companies have farmed some work out to other countries? Are there opportunities like that for Monsanto?

A: Grant – It’s not obvious. Here’s what’s happened in the last decade and a half. To generated a data point, to generate one insight, the price tag on that has ogne down exponentially. So the sequencing, the genomics, the bioinformatics –things that cost hudnreds of dollars now costs pennies. So it’s gotten cheaper and faster, but the number of data points generated. We’re spending more. The volume of data that we’re generating has gone up. It’s been an exponential growth. We’re going to be looking at more stuff with better data than we ever did before. The nature of the game is you have to run faster every year.

Q: With the FieldScripts/Precision Planting partnership and work on biological and microbials, where is Monsanto headed?

A: Grant - We’re not going to be in the machinery business. There’s companies that are much, much, much better than that than we would ever be. We’re looking at how do you utilize the volume of data that we’re generating to help the grower make better decisions. I loved Howard Buffet’s point on you get 40 years [40 opportunities/years to plant and harvest a crop]. My number’s been less than his because I think farmers are retiring later and sons and daughters are getting into farming later so my number is closer to 25 than 40, but you talk to a grower and a grower will say ‘I know that there’s more there, I know I can get more out of that field. ‘ It’s just really hard to lock down those variables and then roll the dice. How do we utilize more of the data that we’re generating on that field and bring a lot of these variables together – it’s the digital application.