The Fond du Lac County, Wis., farmer will be honored at the 2022 World Dairy Expo. 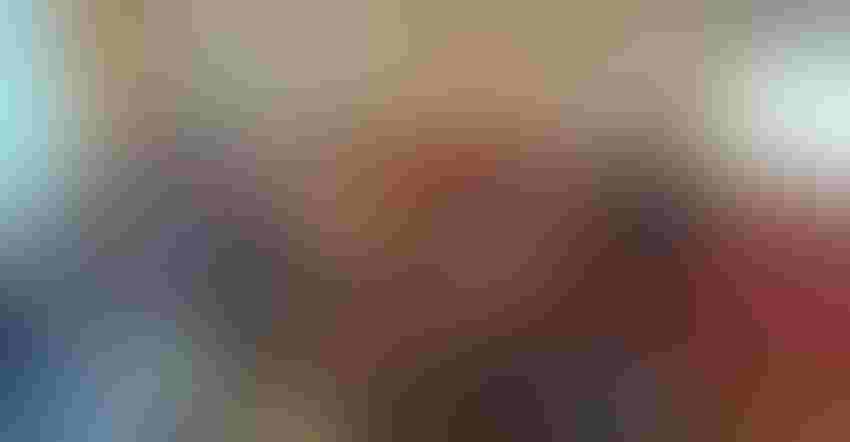 John Ruedinger of Van Dyne, Wis., is the 2022 World Dairy Expo Dairy Producer of the Year. During his 45-year farming career, the Fond du Lac County native has seen a lot of change on the farm where he grew up and still lives.

The 66-year-old returned to the home farm in 1976 after graduating from the University of Wisconsin-Madison Farm and Industry Short Course. A year later, he married his wife, Karen. In 1977, they milked 50 registered Holstein cows and farmed 300 acres with his parents, Paul and Delores Ruedinger.

During the past 45 years, their farm has undergone several expansions. Today, John and Karen own and operate a 1,500-cow dairy and farm 1,500 acres with their daughter Jamie, her husband, David Zappa, and 18 farm employees. Their cows are milked three times a day and average 95 pounds of milk per cow per day.

While their modern dairy farm is highly successful today, John is quick to point out that he and Karen have overcome several challenges on the farm during the past four-and-a-half decades.

Their biggest challenge came in March 1996, when their flat-barn parlor and small converted freestall barn caught on fire and burned to the ground, killing 100 cows and heifers.

“I was 40 years old and in the prime of my farming career,” John recalls. “My dad was 66 and getting ready to retire. We were farming 500 acres at the time. We didn’t know what to do — rebuild or take the $300,000 insurance check and find something else to do.”

John and Karen did a lot of soul-searching.

“I couldn’t see myself doing anything else, so Karen and I decided to start the expansion process,” John says. “We knew we needed to move from being the sole laborers to managing people and systems. The next 10 years were very challenging trying to navigate the process.”

They slowly worked through the transition and took over the responsibilities of growth and management of the family business.

“There were many times when I thought, ‘Why did I do this?’ The growth phases were very taxing physically and mentally,” John explains. 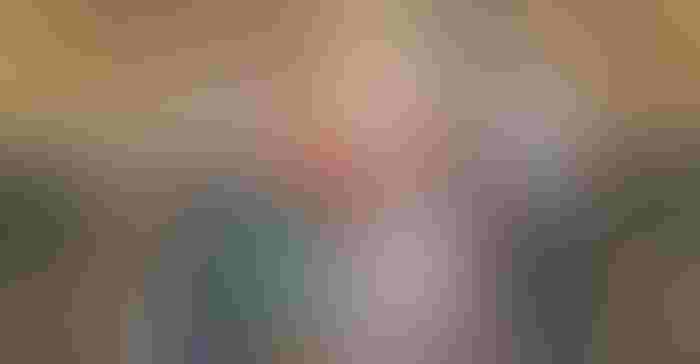 As the Ruedingers’ farm grew, so did John’s involvement in farm organizations and on co-op boards.

“I have always said that my college education came when I became involved in the agriculture industry,” John says. “During my time on the Professional Dairy Producers [PDPW] board — 2001 to 2006 — I came to know the key agriculture stakeholders in Wisconsin. I learned from both private and corporate businesses, and through these experiences diversified my thinking and expanded my industry knowledge.”

Since 1989, John has served on the Genex-Cooperative Resources Inter-national board of directors. The formation of CRI brought together two cooperatives, 21st Century Genetics (later named Genex) and AgSource.

“This helped me transition into a businessperson. Seeing how CEOs and CFOs operate and the decisions they make to move a business forward is an incredible experience,” he says. “I believe that big-picture thinking of PDPW and the cooperative system allowed me to grow and expand our family dairy business. I accomplished the expansion process of our dairy business while serving with these two organizations.”

More recently, John provided leadership for the formation of Urus, which in the world of cattle genetics and herd management information is the first business of its kind, combining both cooperative and private ownership.

John says Ruedinger Farms will see more changes in the next five years. They are planning to milk 500 more cows and add a manure digester.

“We are in the final stages of the business transition with our daughter Jamie and her husband, David. We have been working on that process for six years now,” he says. “It takes time to develop a transition plan and make all those involved comfortable with the decisions.”

John and Karen have four children: a son, John, and daughters Melissa, Laura and Jamie. They also have seven grandchildren ages 6 to 20 years. Their son, John, and his wife, Natalie, live in Germantown, Wis., with their two children, Anna and Joseph. Melissa and husband Ryan and their children, Adison, Aiden and Ashton, live in Sturgeon Bay, Wis. Laura lives in Portland, Ore. Jamie and David and their children, Zachary and Ava, live in North Fond du Lac, Wis.

John says he is truly honored to be selected as the 2022 World Dairy Expo Dairy Producer of the Year.

“It is an honor of a lifetime of achievements as a dairy producer and an industry partner,” John says. “This award represents all producers around the world who work hard every day providing nutritious products to feed the world. I am honored, humbled and proud.”

World Dairy Expo is Oct. 2-7 at the Alliant Energy Center in Madison, Wis. John will be honored Oct. 5 during the World Dairy Expo Recognition Awards Banquet at 7 p.m. in The Tanbark. Tickets are $40 each and may be purchased at worlddairyexpo.com.