Part Three of a three-part series on U.S.-China Trade dispute 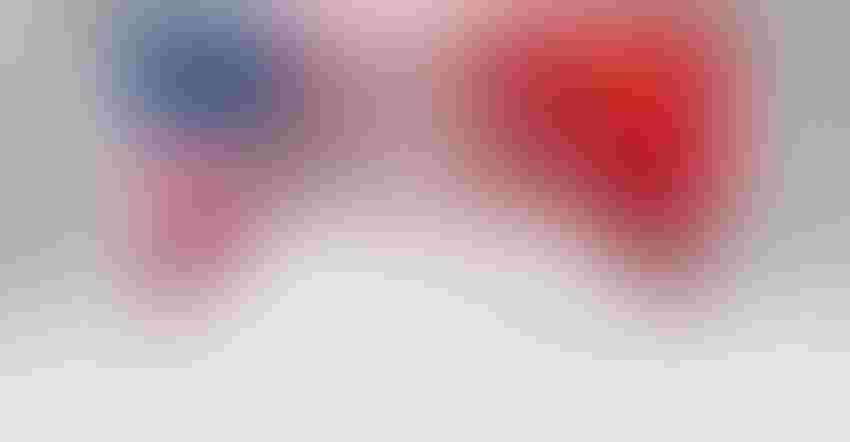 After more than 400 days of a trade war between the United States and China, have markets begun to factor in the rumors of a deal or the threats of escalation?

“At more than 400 days from the official start of the trade war, we don’t see the initial or at least the same amount of volatility we saw based on the latest press releases than we did when the trade war first started,” Smith said. “At the outset, positive or negative news would make dramatic differences in futures markets, creating substantial increases or decreases in prices based on the nature of the news being reported.”

Markets appear to have grown somewhat complacent to the back and forth news reported between the disputing parties.

“Recently, the potential for additional Chinese purchases of agricultural products was in the news. The markets didn’t move at all, and if we had that same news nine months ago, we would’ve seen a market reaction,” Smith said.

“Markets want to see sales data and commitments, not speculation at this juncture, as past developments have not matriculated in agricultural sales. So, I think some of that is being factored in. I don’t know if it’s a combination of not believing that trade negotiations are progressing accordingly or just complacency with this as the new status quo. Until we see something concrete, we’re not going to react.

Smith said international trade has changed a little bit since the start of this trade war, with less volatility based on positive or negative trade news.

He said rumors of improved prospects of a deal, or signs that the parties would get back together, early on would have created “a sort of itchy market with any positive sign. I used to follow the ups and downs of that, but I’ve kind of stopped at this point.”

Muhammad said if the tariffs continue, or if more are added, more than agriculture will feel the bite.

Hurt on both sides

“Couple that with their tax on our product, and you can see that cycle where U.S. products are hurt by tariffs on both sides. We don’t hear a whole lot about that.”

He said a recent report on a European retaliatory tariff on spirits created a ripple effect on U.S forestry. The spirit industry uses forestry products for barrels. “Tariffs on spirits can affect the forestry sector.

“Few people are making those connections,” Muhammad said, “but some have; it’s a domino effect”

Smith said the tariffs’ effect on a specific commodity is difficult to quantify accurately. “It can be challenging because of the many moving parts involved, in addition to the regular market fluctuations.”

In addition to the Chinese tariffs, soybean markets move with issues such as Brazil production and African swine fever, which affects feedgrain demand as herds are culled to prevent further spread of the disease.

“Markets don’t stop operating just because of a trade disruption. Some continual market forces are independent of trade and are influencing what’s going on as well.”

He added that looking at the price differences of a commodity like soybeans at different ports may offer a clue as to trade impact — comparing prices out of Paranaguá, a port in Brazil, to New Orleans, for instance.

“It’s not perfect, but it’s a way to look at how the trade dispute affects the current or the local prices for each country.

“If you ended up having higher prices in Brazil, for example, you’d end up seeing a potential shift in demand from countries other than China to the U.S. However, the price difference should be capped by whatever that tariff is. There are many other factors to consider though, so, it’s not accurate to say that the price differentials you see at a port in Brazil and in New Orleans, are 100 percent a result of that trade disruption.

“You’ll get some back filling. If China buys a whole bunch of soybeans, prices go up in Brazil; all of a sudden, the EU isn’t going to buy from Brazil. They’re going to buy from us because the prices are cheaper. And that’s a new source of demand. Does it replace the Chinese demand? No, but some back filling goes on in terms of other sources of demand that wouldn’t necessarily go to us, without having increased Chinese tariffs in place. But because of lower price relative to Brazil, they’ll purchase soybeans, or it can be any product.

“The more countries you add into the mix, on the supply and the demand side, the more difficult it gets to estimate what that true price impact is.”

Who hurts most from this trade war?

“Certainly, the trade has contributed to the slowdown of the Chinese economy,” Muhammad said. But it is an especially hard blow to a country that relies as much on exports as a part of their GDP as China.

“[China] has always been an export-oriented economy, far more than we are. So, in one sense you could argue a trade war would hurt them more than it hurts us, they being more reliant on exports.

“But U.S. firms are also hurt. Aside from the fact that consumers pay more for what we import, even final products go through value added chains and tariffs have a negative impact on U.S. firms that import.”

Both parties, Muhammad said, feel the pinch from a trade war.

He said global linkages and how they may affect even the smallest farmer was not fully understood. “But now people are starting to understand more about the global economy and all the linkages between both domestic and international production and consumption and how trade affects everybody, whether or not they actually engage in trade.

“I’d be hard-pressed,” Muhammad added, “to find someone who would say with certainty that it’s harder on one side than the other.

“There’s no guarantee,” he said, “that when you impose a tariff, it actually punishes the other country and not U.S. consumers or businesses.”