Too much nightshade can be a risk to grazing cattle. 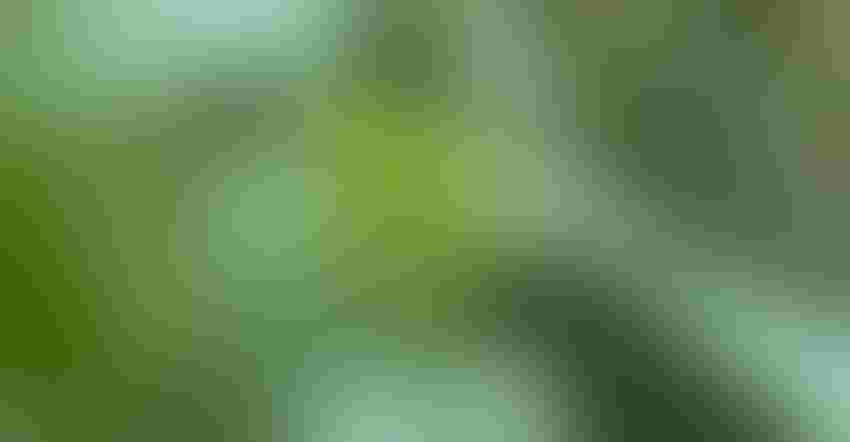 WATCHING OUT: If fields have too much black nightshade, be careful. It might be toxic to grazing cattle. Debu Durlav/Getty images

While droughty areas or corners in cornfields can raise concern about potential nitrates when grazing residue, one must also be aware of black nightshade in your corn residue that you are grazing or planning to graze.

If these fields have too much black nightshade, be careful; it might be toxic. Black nightshade is common in many cornfields in the fall, especially those that had hail damage in the summer or any situation where the corn canopy became thin or open. It usually isn’t a problem, but if the density of nightshade is very high, there is the potential that it could poison livestock.

Black nightshade plants average about 2 feet in height and have simple alternating leaves.  In the fall, berries are green and become black as the plant matures. All plant parts contain some of the toxin, and the concentration increases as plants mature — except in the berries. Freezing temperatures will not reduce the toxicity.

It is difficult to determine exactly how much black nightshade is risky. Guidelines say that a cow would need to consume 3 to 4 pounds of fresh black nightshade to be at risk of being poisoned. These guidelines, however, are considered conservative because there is little data on the actual toxicity of nightshade plants. Also encouraging is that reports of nightshade poisoning have been scarce in the past.

Fortunately, even though nightshade plants remain green fairly late into the fall, cattle usually don’t seek out nightshade plants to graze. However, green plants of nightshade might become tempting toward the end of a field’s grazing period, when there is less grain, husks or leaves to consume.

Scouting fields to estimate the general density of nightshade plants will help you determine potential risk. Secondly, and particularly near the end of a field’s grazing period, closely observe what the cattle are eating to see if animals might be selecting nightshade plants.

Volesky is a Nebraska Extension range and forage specialist.