Spoiler alert: Vaccinate the mature cow herd twice a year, and when you give modified live vaccines matters. 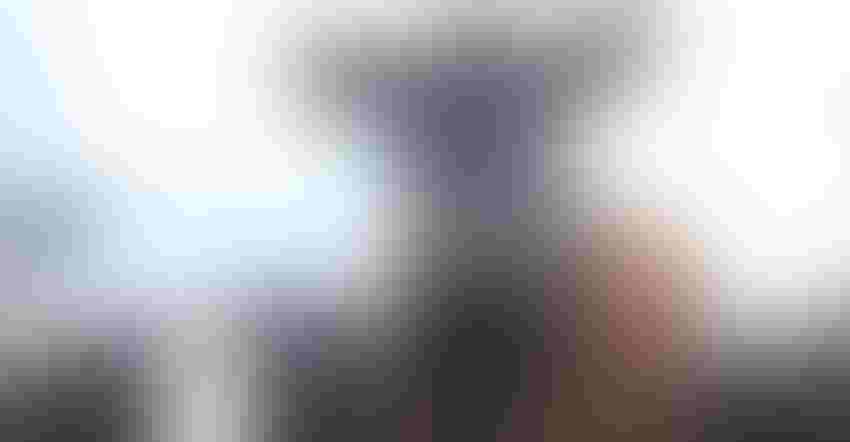 COW HERD: Vaccinate your cow herd two times a year — during pregnancy checks and prior to breeding — to stay consistent with herd health. Sierra Day

You know a vaccination protocol is important for maintaining ideal herd health. But maybe you’re unsure of how often to vaccinate and what your routine should consist of. Buzz Iliff, veterinarian at Iliff Veterinary and Consulting LLC and a beef producer near Wyoming, Ill., shares his recommendations for building an efficient vaccination program.

How many times a year should you vaccinate? The biggest thing, as far as reproductive and respiratory problems, is vaccinating your replacement heifers about three times with modified live vaccines before breeding. Vaccinate these females at 2 to 3 months of age, around weaning, and six to eight weeks before breeding.

How many times for mature cows and bulls? I like vaccinating the mature herd twice a year, because most of the vaccinations give you a good protection for only six months. So, vaccinate in the spring before turning them out to pasture and then again in the fall during pregnancy checks.

What should you use on bred females instead? Killed vaccines are the safe route for bred females to avoid the risk of abortion. If you’re adding cows to the herd, I really like that first year, if they’re bred, to give them the killed vaccine, and then before you breed them the next time, give them a modified live when they’re open to introduce them to the live version of the virus.

What vaccinations should producers implement in the fall? Your fall vaccination protocol should include vaccines covering infectious bovine rhinotracheitis (IBR), bovine viral diarrhea (BVD), parainfluenza-3 virus (PI3), bovine respiratory syncytial virus (BRSV), camblyobacter and leptospirosis. Products such as CattleMaster and ViraShield by Zoetis are some options to consider.

I also really encourage people to use scour vaccines on their cows, whichever brand you want, because as long as the calf gets up and nurses, the cow should pass on that protection to the calf. This also means less vaccines given to the calf at birth. And remember to apply dewormer such as ivermectin or Cydectin to prevent parasites.

In the end, each herd may face additional concerns based on your area. Keep in touch with your veterinarian to add other protocols your herd may need.

Are there additional products to vaccinate with in the spring? Besides the already mentioned vaccines and protocols, remember to think about pinkeye prevention. If your herd has not encountered pinkeye, a general pinkeye vaccine should do the trick. But if you frequently deal with pinkeye, it could be worth it to invest in an autogenous pinkeye vaccine developed to target the strain of pinkeye running through your herd.

Should a newborn vaccination protocol be on producers’ radars? Absolutely. You can give newborns a dose of selenium, vitamin D and multimin within the first two days of birth. We’ve also started to use quite a few inner nasal vaccines. All of these protect calves for about three months and hopefully avoid a lot of those early respiratory problems until you give them an injectable before turning them out to grass or weaning.

So, what should calves receive at weaning time? All calves should also receive an injectable virus pasteurella combination at or before weaning. At this time, apply dewormer and give them a seven-way clostridial vaccine that protects against black leg. Two to three weeks after weaning, give them another dose of the pasteurella combination, or even just a modified live vaccine that covers IBR, BVD, PI3 and BRSV. This booster after weaning provides the calf with one more level of protection.

Are there any gender-specific measures to think about for calves? Purebred female calves should be Bangs-vaccinated to protect against brucellosis sometime between 4 and 8 months of age. This is best done prior to weaning while they are still receiving support from their mamas to relieve stress.

And commercial producers should think about castrating male calves sooner than later. When my two sons were in vet school out at Kansas State University, one of their instructors said it best: The longer the testicles are attached to the calf, the more attached the calf becomes to the testicles. Plus, castrating bulls while on their mamas also helps create stress relief. For purebred producers, it may be difficult to make the castration decision while the calves are still on their dams — just castrate them as soon as you can. Regardless of when you castrate, make sure you give bull calves a tetanus injectable to protect against tetanus and lockjaw.