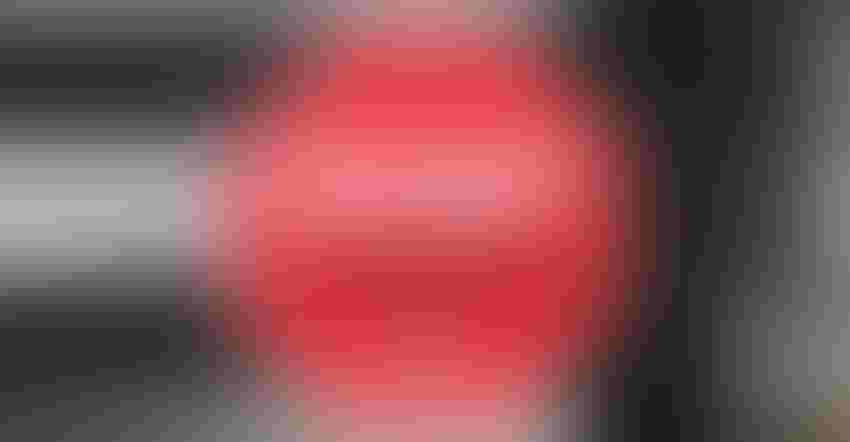 STOP RIGHT THERE: To thwart the spread of hog diseases, pig farmers need to step up the biosecurity measures on their own farms. One of the first steps is having a strict biosecurity plan specific to an individual farm, and implementing and practicing the plan. Courtesy National Pork Board

Risks are everywhere for hog producers. Fear of the latest strain of porcine reproductive and respiratory syndrome, or mycotoxins in corn, or poor-quality drinking water are just a few potential risks that should be on pig farmers’ radar screens, but an even bigger risk is lurking in the shadows.

The U.S. hog industry has been on high alert over African swine fever, especially since late-summer 2018 when the highly pathogenic virus was reported in China, the largest hog-producing and pork-consuming country in the world.

As the disease moved across China, it decimated the country’s hog population from outright killing infected pigs to forced euthanizing of other hogs to thwart the spread. Despite those measures, the disease crept into other Asian countries.

ASF is also present in Eastern Europe. Some estimates say about 25% of the world’s pig population was eliminated, putting a stressor on the supply of meat protein around the world.

While the spread of ASF on the other side of the globe is concerning for the U.S. hog industry, leaders and animal health officials have been working diligently with various agencies, including U.S. Customs and Border Protection, to make sure the virus stays far away.

That alleged “comfort” was ruffled this summer when ASF was detected in Dominican Republic hog herds before spreading to Haiti, with which the DR shares an island. That brought ASF within 1,000 miles of U.S soil.

If ASF is detected on an American hog farm, the ripple effect goes far beyond that farm’s gate. In fact, an ASF outbreak will affect more than just the hog industry. The immediate impact of an American ASF outbreak would be the closure of international markets to U.S. pork.

In March 2020, Iowa State University economists released a study that pegged the immediate impact of ASF results in up to a 50% reduction in U.S. live hog prices. The ISU team looked at two scenarios, one that the disease spreads to feral swine and that the U.S. is unable to eliminate the disease over a 10-year projection period; and the second assumes that the U.S. controls the disease and reenters export markets within two years.

It is also estimated that national employment would take a hit of 140,000 jobs in the 10-year scenario.

Make plans to deal with ASF

Pig farmers need to be aware of the potential ASF risks and take actions to get ready. Make sure your biosecurity plan is up to date and implemented. Part of that plan should include enrollment in the USDA-APHIS Secure Pork Supply Plan and the National Pork Board’s Ag View platform. These programs allow for monitoring of animal movement and production restart if ASF is detected.

If a foreign animal disease, such as ASF, is detected on a farm, all animal movement is halted until regulatory animal health officials deem it safe to restart movement. It is estimated that on any given day, there are 1 million hogs on the road, so it is easy to see how a movement stoppage can create an animal bottleneck.

Participation in SPS and AgView is voluntary, but highly recommended. It makes sense for individual pig farmers to comply with participation, both from their individual farm’s perspective, but also that of the entire U.S. and global swine industry.